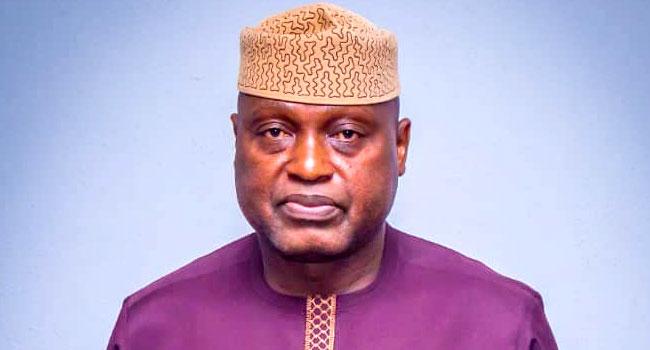 Gov. Biodun Oyebanji of Ekiti has presented the proposed 2023 Appropriation Bill of more than N113.6 billion to the State House of Assembly.

The proposed budget which is christened, “Budget of Strong Beginning” was presented by Oyebanji at Thursday’s plenary sitting presided over by the Deputy Speaker, Mr Hakeem Jamiu, in Ado-Ekiti.

The motion for admission of the governor into the chamber was moved by the Majority Leader, Mr Gboyega Aribisogan, APC, representing Ikole Constituency 1.

It was seconded by Mrs Olubunmi Adelugba, APC, representing Emure Constituency in pursuant to Section 121(1) of the 1999 Constitution of Nigeria (as amended).

Oyebanji reiterated the commitment of his administration at making live meaningful for the people, saying the infrastructure sector would be given priority in the 2023 budget.

He said that the budget would focus more on how to increase the Internally Generated Revenue to reduce dependence on the dwindling Federal Allocation.

He added that the state government would invest more in the provision of infrastructure like water, roads, electricity, housing among others with a proposed budget of over N15.7 billion (46.2 per cent)

He said that government’s focus on the infrastructure sector was aimed at making the state economically viable by creating the enabling environment for investors to prefer the state.

He noted that in line with the present administration’s vision to reduce governance cost, his administration had directed that Ministries, Departments and Agencies (MDAs) would no longer sponsor seminars, workshops that would add no direct values to the people.

“My vision is for Ekiti to be a land of prosperity and opportunity for all. The 2023 proposed budget is developed in line with my administration’s six points agenda.

“The drafting of the budget, which is all inclusive participation, is aimed at creating the enabling environment for the state to strive,” Oyebanji said.

He, therefore, called for the cooperation of members of the state Assembly and Ekiti people to ensure that his administration deliver more dividends of democracy to the state.

He promised to be open and transparent in his policies’ implementation.

Earlier, in his address, Mr Hakeem Jamiu, the Deputy Speaker, Ekiti House of Assembly, who presided over the plenary, assured the governor of the continued support of the legislature to deepening democracy in the state.

Jamiu lauded Oyebanji for hitting the ground running, saying that his action demonstrated the seriousness of purpose the new administration was bringing into governance.

He said, “We commend your proactive measures put in place since the inauguration of your government three weeks ago.”