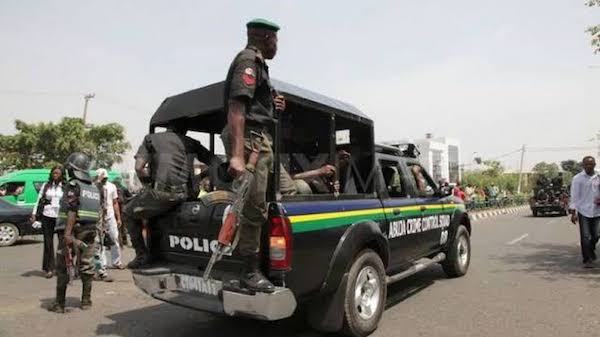 Police officers have taken over the premises of the Ekiti State House of Assembly.

What witnesses reported: According to reports, the security agents were stationed at strategic locations to prevent a purported invasion by lawbreakers.

Why police is taking over Ekiti Assembly: The House of Assembly was shut over an alleged plan by some hoodlums to attack the complex. The reason for their action is not yet clear.

Speaking on the development, Gboyega Aribisogan, the newly elected Speaker of the Assembly, told the press on Wednesday, November 16, 2022: “the leadership of the police command in Ekiti informed us this morning that they had verifiable intelligence about some hoodlums coming to attack the assembly complex and to avoid breakdown of law and order, hence the need for their presence and they have promised us to conduct an investigation on the matter and report to us before the close of work today.

“I want to encourage my colleagues and staff of the assembly to be patient and bear with us, normalcy will soon return to the house,” Aribisogan said.

Background gist: Facts emerged on Tuesday on what played out in the election of Gboyega Aribisogan as the new speaker of the Ekiti State House of Assembly following the death of the former speaker, Funminiyi Afuye.

Afuye who represented Ikere Constituency 1 at the Assembly died on October 19 at Ekiti State University Teaching Hospital and was buried last Friday, November 11, 2022, in his country home, Ikere-Ekiti.

The new speaker, Aribisogan who hails from Ijesha-Isu in Ikole Local Government Area, in the North senatorial district of the state defeated his only challenger for the number one legislative seat, Bunmi Adelugba, representing Emure constituency.

The election conducted by the clerk of the house, Tola Esan was keenly contested with the newly elected speaker scoring a total of 15 votes to defeat Adelugba who polled 10 scores.

Aribisogan was sworn in at the plenary on Tuesday, November 15, 2022, by the clerk of the House, announcing that 25 members voted with no invalid votes recorded.

What you should know: It was reliably gathered that Adelugba is the preferred candidate of the former governor, Dr Kayode Fayemi, while Aribisogan was the choice of Governor Biodun Oyebanji and some aggrieved lawmakers who were denied return tickets for the 2023 general election.

According to a report, the aggrieved lawmakers voted against Adelugba as a payback for Fayemi who allegedly worked against their return to the House during the primaries of the ruling All Progressives Congress (APC).