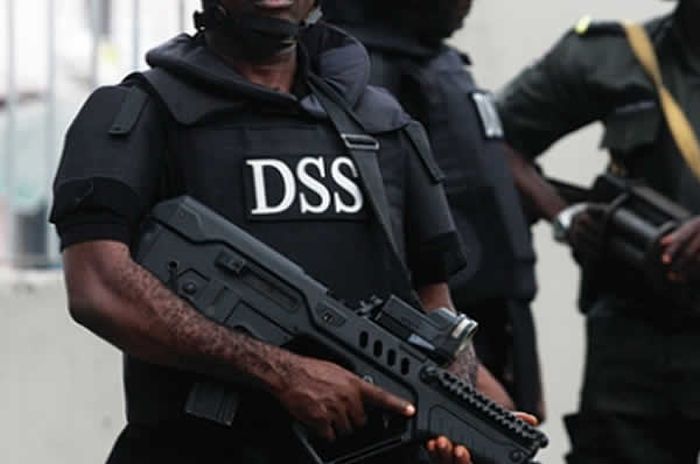 The suspected terrorist reportedly relocated to Ogun from Katsina State.

Daily Trust quoted a reliable source who revealed that the suspect was apprehended in the Ijaye area of Abeokuta.

The report said the development has created anxiety among residents of the area.

The source also narrated how the terror suspect eventually succumbed to the superior power of the DSS operatives, having initially put up a resistance.

According to the media outlet, the suspected terrorist relocated to Abeokuta from Katsina state and took up a security job which he used as a decoy to gather intelligence for terrorist attacks.

A security source also added that he moved to Abeokuta to establish a terrorists’ cell for kidnapping and other forms of terror activities.

Acting upon an intelligence, the gun-wielding DSS operatives stormed his hideout and smoked him out.

The source revealed that, “It was not an easy ride. Intelligence and the grace of God were sufficient for the operatives. There are still many of them around, but we are on top of our game.”

Daily Trust correspondence gathered that the suspect is still in the custody of the DSS.

Meanwhile, when contacted, spokesman for the DSS, Dr Peter Afunanya, could neither denied nor confirmed the arrest as his response to a text message enquiry simply read “No comment.”

This development comes barely a week after a security report warned that terrorists were planning to carry out a coordinated attack in five states across the country, including Lagos.