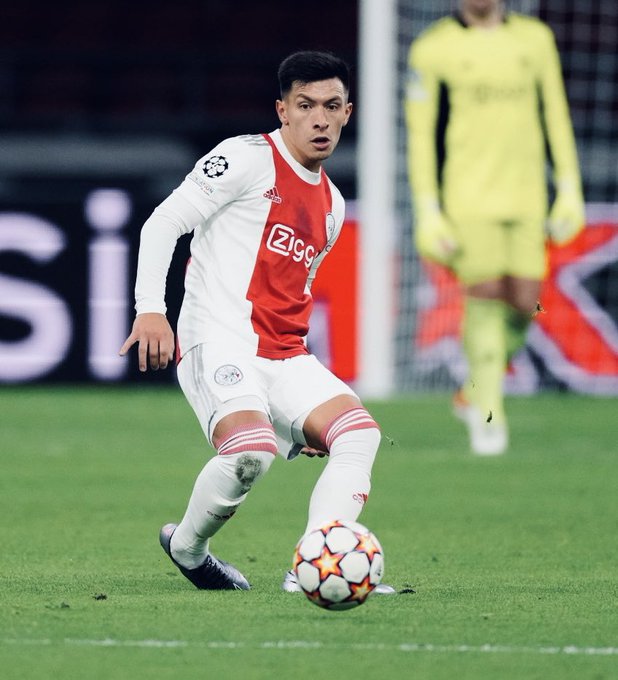 Manchester United defender Lisandro Martinez insists he has paid no attention to some of the early criticism levelled at him following his arrival in the Premier League.

Martinez joined United in a £56million deal from Ajax in the summer and has already established himself as a key first-team player alongside Raphael Varane at the heart of defence.

His signing was met with scepticism, however, with pundits pointing to his height as a major problem.

The Argentina international stands at 5ft 9in, with former Liverpool defender Jamie Carragher among those to question whether he possess the physical attributes to succeed in English football.

‘Now, we should never judge managers or players too early, but I’m convinced this can’t work because the size of him playing in a back four,’ Carragher said following United’s 4-0 defeat to Brentford in the second week of the season, a game in which Martinez was replaced at half-time.

Martinez went onto impress in each of United’s next four league games, victories over Liverpool, Southampton, Leicester and Arsenal, with Carragher sticking by his assessment despite praising his performances.

‘His passing is very good, he looks aggressive,’ Carragher said on The Overlap on 6 September. ‘He looks like a leader.

‘He’s not a bad player, but to play at that level of football at 5ft 9in – I wouldn’t want to play alongside someone who was 5ft 9in as a centre back.’

Reflecting on his move to Old Trafford, Martinez explained how he has chosen to ignore media criticism and is happy with how he is has begun to adapt to a different league.

Speaking to TyC Sports following Argentina’s win over Honduras, Martinez said: ‘To be honest, it’s a dream come true to be playing at such a big club as Manchester United, especially playing in the Premier League, which I think is one of the best leagues in the world,” said Lisandro.

‘It’s nice to catch the rhythm of the Premier League, so I’m very happy.

‘I don’t pay attention [to criticism]. I believe in myself, I trust myself. I always work hard every day. That’s what’s going to give you results at the end.’