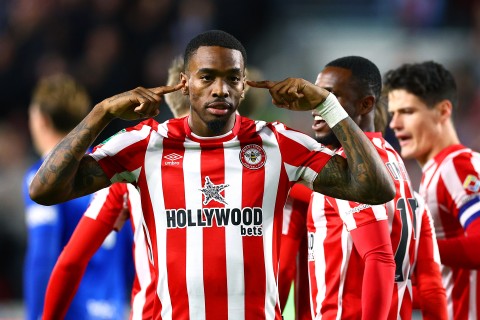 Ivan Toney wasted no time with an early goal in his final chance to impress England boss Gareth Southgate but his strike for Brentford was cancelled out as League Two Gillingham forced a penalty shoot-out in the Carabao Cup.

Mikael Mandron’s header 15 minutes from time earned the Gills a shoot-out after the home side had led through Toney’s third-minute tap-in, keeping him at the forefront of Southgate’s mind as he announces his 26-man party for Qatar tomorrow.

Kick-off was delayed after the Gills were delayed on their way to west London but it was the Bees who were held up as Mandron levelled in the third-round tie.

Everton’s hopes of a cup run came undone in spectacular style with a 4-1 defeat at Bournemouth. Jamal Lowe gave the Cherries a seventh-minute lead and Junior Stanislas’ first goal for 18 months made it 2-0 just after the break.

Substitute Demarai Gray pulled one back for the Toffees but Emiliano Marcondes and Jaidon Anthony goals put the game out of the visitors’ reach.

Leicester will be in the draw tomorrow after James Justin’s first strike of the season set them on their way to a comfortable 3-0 victory at home to League Two Newport.

Justin was later stretchered off but Jamie Vardy’s second-half double then saw Brendan Rodgers’ men into the hat for round four, to be played the week before Christmas.