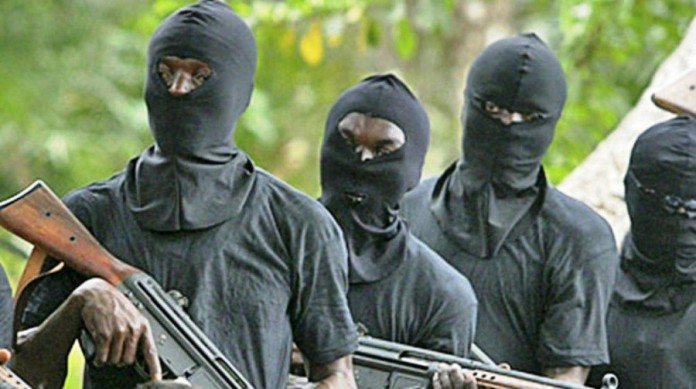 Some yet-to-be identified gunmen have kidnapped a commercial bus driver and 10 of his passengers.

The motorist and his passengers departed Jos, Plateau State, on Friday, October 21, 2022, en route Onitsha, Anambra State, when the gunmen attacked them.

According to a source at the transport company the bus driver belongs to, the driver and his passengers, after leaving their park at about 7:00am, ran into the gunmen at the Benue State border.

It was gathered that the gunmen led the passengers into the bush and compelled them to surrender their mobile devices. However, as the driver attempted to zoom off, he was caught and given the beating of his life.

The source said the kidnappers have now reached out to the transport firm, demanding a ransom of N5 million per passenger, as they threatened to kill them.

It was equally said that the kidnappers are now insisting to only negotiate the victims’ release clauses with their families and relatives.

The families, and relatives of the abductees, the source said, have now agreed to negotiate the release of their loved ones collectively, rather than individually.

Meanwhile, the Nigeria Police Force (NPF) had ordered all 36 states and the Federal Capital Territory (FCT) Commands’ Police Commissioners, and heads of tactical squads to re-strategize security management within their jurisdictions.

This development follows a security advisory by the Embassy of the United States of America (USA) in Abuja, indicating an elevated risk of terror attacks in the country, particularly in the capital city.