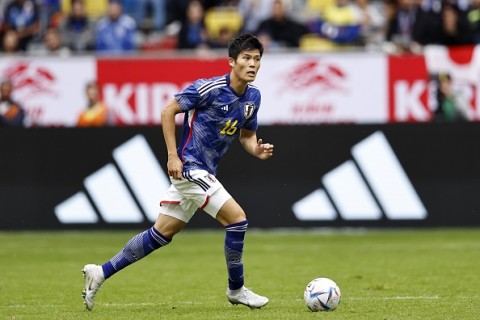 Takehiro Tomiyasu has withdrawn from the Japan squad amid ‘club circumstances’ as Arsenal boss Mikel Arteta brings him back for a crucial run of October fixtures.

The 23-year-old has been struggling with calf problems since the summer and even missed Arsenal’s pre-season tour of the United States.

Tomiyasu has not started a Premier League match for Arsenal this term, with Ben White having been the number one choice for Arteta at right-back.

But Arsenal face a huge run of games in October with nine games coming up – meaning Arteta will likely have to rotate and make full use of his squad.

‘We would like to inform you that defender Takehiro Tomiyasu will be withdrawing from the Samurai Blue ahead of the [match against] Ecuador on September 27th due to club circumstances,’ a Japan statement read on Saturday.

Tomiyasu warned White this week that he is not willing to settle for a bit-part role this season at Arsenal after losing his place in the starting XI.

‘What is required in this league is quite high and I’m not satisfied,’ he said.

‘When you look at the players selected as starters in the Premier League games, you will understand what is required to be there. I will work hard in order to get my position back.’

Tomiyasu joined the Gunners from Genoa just over a year ago and quickly established himself as something of a cult hero with a series of combative and composed displays at right-back.

All of Tomiyasu’s appearances this term have come as a substitute, bar the start he made in the recent Europa League win over FC Zurich.

Arsenal have made a strong start to the season and are top of the Premier League after the opening seven games.

The Gunners return to action on October 1 whey they host Tottenham for the first North London Derby of the season.