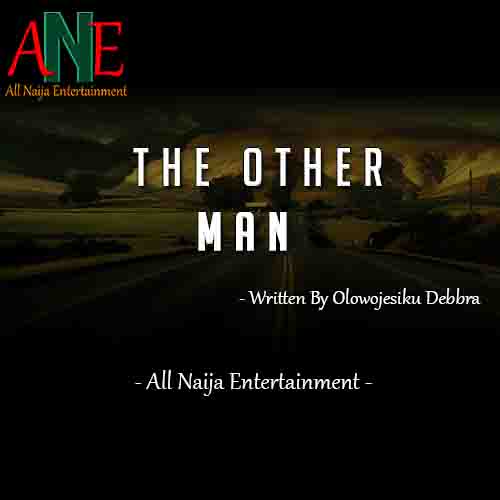 The pastors rally round my sister and started casting out the personality. All of a sudden, the personality started speaking through her. He said he is her husband and would never allow any mortal man take his position, it wasn’t funny as I started crying where I stood.

The pastor rained fire on the personality and it left with every of his deposit in her. Seeing that my sister was delivered, I started praying and crying to God. Hearing the personality speak made me realize that truly there was a power fighting our marriage.

God being merciful delivered me too, I went into a trance and saw a man who looked like Victor started screaming as fire was burning him and said a good bye to me, he collected his ring which was on my finger and said my body was too hot for him.

After the prayers, the pastor interviewed my sister and I about our experience with the men we were delivered from. I then recalled how a man who looks like Victor do come to me in the dream to sleep with me, this began the moment I said yes to Victor.

I never thought it was a serious matter as I thought it was a sign that I love Victor. The pastor encourage us to keep praying and surround ourselves with fire. He urge us to live a holy life so that the spirit won’t come back, he finally told us that very soon, our husbands will come back to us.

Few days after Jemima’s one year birthday party, my mother-in-law called to informed me that Victor’s youngest sister was getting married and she would need me to be with her two days before the occasion.

I traveled to my inlaws residence two days before the occasion to assist with the preparation. On getting there, my inlaws kept on apologizing for the way Victor treated me, His sister who was getting married told me not give up on my marriage as she was praying for Victor and I.

My father-in-law fell in love with Jemima being his first granddaughter as she was mostly with him. Victor arrived a day to the wedding, I tried my best not to get seen by him but that plan of mine didn’t last.

I remember going into the store to get something for my mother-in-law. While searching for it, Victor entered thinking his mom was there. He was shocked to see me, I greeted him casually and was about to leave when he held me back.

Me: hi, any problem

Victor: no, I mean eerm, I was just surprised you came

Victor: Can we talk?

Victor: she is beautiful and she’s got my looks

Me: so what is there to talk about?

Victor: she is mine

Me: (chuckle) yours?? Keep on dreaming

With that, I left the room because I was beginning to get tensed. I ran to the room I lodged in to cry, after all I went through, he had the gut to say she was his, I was actually expecting him to say he was sorry.

I wiped my tears and went to join the women cooking, I saw him again and this time, I realized that he wasn’t the Victor I knew. He looks emaciated and unkempt, I noticed a sad feeling all around him. Though the love I have for him was awaken the moment I set my eyes on him, I promise not to make his coming back to me easy.

After the wedding, I told my mother-in-law that I wanted to leave but she didn’t let me. I knew she wanted Victor and I to make up during my stay in their house but I wasn’t ready for that. If he was really sorry, he would come to my sister’s house and ask for forgiveness.

Victor tried his best to talk to me but I didn’t give him audience. At a point, I was always strapping Jemima to my back because I didn’t want him to carry her but he would always find a way to collect her from his dad.

I finally left and traveled to Lagos to meet my sister only to meet a shocking scene. I met James kneeling before a weeping Tolani. Immediately I stepped my foot into the living room, she ran into her room in tears. I ignored James and was making my way into my room when James stopped me.

James: Teni dear, can you help convince my wife to forgive me?

Me: your wife? Is it the one you left and traveled out to enjoy and waste away your life? Is it the one you made to shed tears because of an incident that was beyond her? Listen and listen clear, my sister was raped while trying to get me drugs when i was sick so she wasn’t supposed to be treated the way you treated her. She deserves a man who would love and adore her and I don’t think that man is you

James: please forgive me, I was disappointed that she hide such thing away from me but I never had plan to treat her the way I did. In fact, I didn’t know what came over me. Please, help me get my wife back

While James and I were still conversing, Tolani came into the living and Jumped on James saying she has forgiven him. They kept on kissing each other so I had to give them privacy.

I was happy for my sister and wished Victor will come to his sense and apologize instead of acting like a macho man.