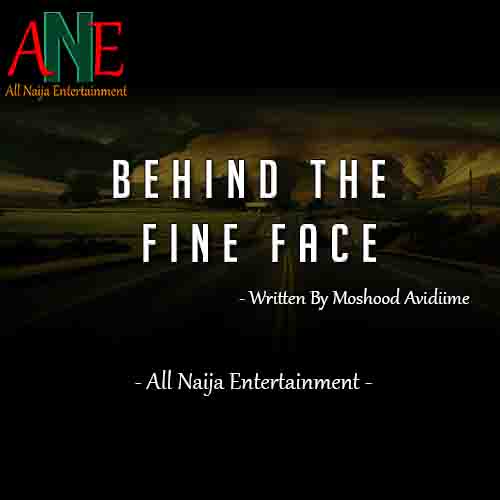 “Most people believe that okra soup in dreams symbolizes sickness and backwardness. They say if you look at it critically with more concentration on the water, you will discover it draws so much. In the spiritual world, it is believed that the drawing part represents destiny, retardation and failure. This dream meaning is not just connected to some part of the country that forbids the eating of okra. Holding a belief that whosoever that eats it will be sluggish for the rest of his life or die of a strange attack/illness…”
.
Now, more than ever, I was wondering where exactly Uncle T was heading with this; what has okra soup got to do with what has brought us into his house?

I turned to steal a glance at Bobby and I could tell he was equally lost.
.
“… One of the hard truths behind our dream is that the enemy often uses it a lot to pass a message; the message of blockage, visionless, unproductive, and even premature death. In many cases, a dream about okra indicates bewitchment. If you are a pregnant woman, seeing okra in your dreams means miscarriage. Also, if you are a person who loves eating or cooking okra soup in real life, dreaming about vegetable plants means something bad is about to manifest in your life. Such a dream means the spirit of sickness, struggle, and satanic torment would be the early signs. But should I tell you something else about that soup? Should I tell you something you’ve never and might never hear from anywhere else?” Uncle T asked, as he let out a faint smile, staring at a bemused Bobby and me.
.
Bobby and I both nodded our head, simultaneously; our mouth, still agape the entire time.
.
Uncle T continued… “Those words are not only synonymous with dreams.” Uncle T said, sending our mouth even wider, in shock. “This is why, men; real men would rather go hungry rather than settle for okra soup. These are men who understand that there are certain balances in the world that need to be maintained; balances that have absolutely nothing to do with any religious affiliations…”
.
As though uncle T saw through me; read my thoughts in that very instant, he went ahead to quote the exact scripture that was ringing in my head.
.
“And God said unto them, be fruitful, and multiply, and replenish the earth, and subdue it; and have dominion over the fish of the sea, and over the fowl of the air, and over every living thing that moveth upon the earth. Logically speaking, shouldn’t okra soup be amongst those things God has given man dominion over, right?” Uncle T asked with a chuckle.
.
I didn’t know if that was a rhetorical question, but I soon found my head nodding in response to Uncle T’s question, with my mouth still agape.
.
“My son, gone are those days when what you don’t know won’t kill you. The reverse is the case these days, especially with Gen. Z. Your generation is the most careless of us all. You are unnecessarily stubborn; overly religious, yet, even under this disguise of your religiosity, you commit atrocities people from my generation could never even have dreamt about…”
.
Uncle T went on and on shedding light on what makes okra a terrible choice of soup for anyone looking forward to being; staying on track, on his/her “earthly race”, while Bobby and I sat down patiently, staring, as Uncle T’s lips path for words, hoping that at the end of this long; seemingly meaningless lecture on okra soup, we’ll eventually get the point in it.
.
Rachael made the best okra soup I’ve ever eaten. Before I met her, I barely ate “the soup”. So it was not much of a surprise when Bobby also said that okra soup was his favorite.
.
“…Bobby, my son. How much do you love your wife?” Uncle T suddenly asked.

As though having been asked a very strange question, Bobby turned to lock eyes with me; chuckled before he said, “She is my everything, Sir.” Bobby continued… “I sometimes wonder what my life would have been without her in it…”

“…It surely would have been better than it currently is, no doubt…” Uncle T retorted, to the obvious displeasure of Bobby.
.
Bobby opened his mouth to speak; probably in an attempt to defend that presupposition when Uncle T, after seemingly noticing what Bobby and I had interpreted his statement to mean, went on to clarify things, again.

“…don’t get it twisted, my son. Like I said earlier, Rachael is not the problem. As a matter of fact, she is also a victim in all of this.”