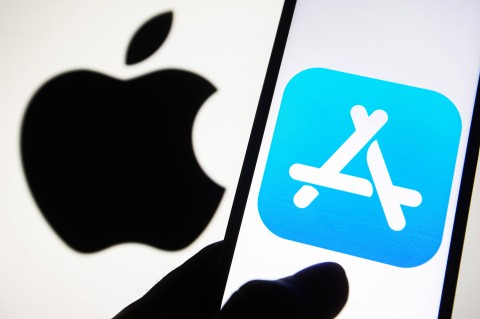 Apple has removed applications operated by the Russian state-controlled tech firm VK from its App Store and Russia is not happy about it.

On Wednesday, Russian regulator, Roskomnadzor said Apple’s actions had deprived millions of Russians of access to VK apps and demanded that it explain its decision.

VK runs Vkontakte, the Russian equivalent of Facebook with over 75 million monthly users. Along with VK’s email service Mail.ru, Vkontakte must be pre-installed on mobile devices sold in Russia.

Roskomnadzor has been a thorn in the side of foreign tech firms, issuing fines over data storage violations and for failures to remove content Russia deems illegal. These disputes have escalated since Russia’s invasion of Ukraine in February.

In a translated statement on its website, VK said that its apps ‘are blocked by Apple’ but that it will ‘continue to develop and support iOS applications’.

VK apps cannot be downloaded from Apple’s App Store, regardless of location

‘The agency believes that such discriminatory restrictions, which violate the right of Russian internet users to freely receive information and communicate, are unacceptable,’ Roskomnadzor said in a statement.

Apple confirmed to The Verge that it had indeed removed VK’s apps and shut down its developer accounts, citing new sanctions by the UK government

On Monday, the UK government enacted new sanctions on Russian oligarchs in response to sham referendums Russia recently held in parts of Ukraine. The sanctions affect 23 executives at Gazprombank, a Russian bank with ties to VK.

Currently, VK apps cannot be downloaded from Apple’s App Store, regardless of location but users who have already downloaded these apps can continue to use them.

The VK apps are still available on Google’s Play Store.

The Russian Ministry of Digital Affairs told state-controlled media outlet RT that it was investigating ‘the reasons for deleting VK applications and developer accounts, underlining the social significance and scale of use of the services provided by the Russian company’.