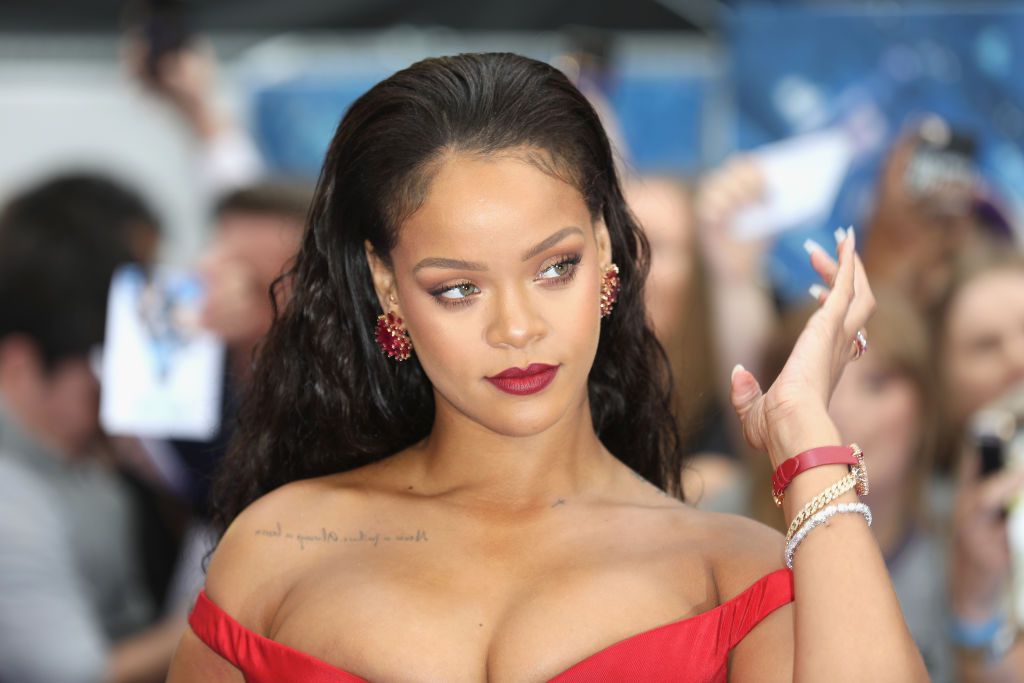 Rihanna is back in the music biz which, of course, means a new music video!

The Umbrella hitmaker, 34, has had fans in despair over the past six years, as we’ve waited (not so) patiently for new music.

But, that wait is over thanks to Black Panther 2: Wakanda Forever, as the Fenty Beauty founder released her new single, Lift Me Up, as part of the soundtrack.

The Barbadian star shows off her gorgeous vocals on the delicate track, with lyrics including: ‘Lift me up, hold me down, keep me close, safe and sound; Hold me when you go to sleep, keep me in the warmth of your love when you depart, keep me safe and sound.’

As for the music video, it’s like she’s never been away, as Rihanna slotted back into her role as a performer so effortlessly.

The video opens with a stunning shot of the ocean, as gentle waves can be heard crashing in the background while Rihanna gets to work on serving stunning vocals.

She proceeds to dance on the sand at night time by a log fire, while clips from the Black Panther sequel also play throughout.

Rihanna is fully in the moment as she gives the video her all, striking pose after a pose as her hair blows in the nighttime breeze.

As for her outfit, the star kept warm in an oversized coat, which she wore over a strapless corset dress.

All in all, the video is pure artistic magic, thanks to the combination of Rihanna’s haunting vocal talents and the beach sunset visuals.

Fans are, unsurprisingly, also loving the video, praising her for ‘tugging on the heartstrings.’

One viewer commented on the official vid: ‘This brought genuine tears in my eyes. Not only because of Rihanna came back to make more beautiful music for us with her unique sound, but because this song tugged at my heart strings so much. I will forever be a big fan of her and the Wakanda merchandise.’

Another said they had chills as they declared: ‘To have Rihanna singing and making the song so powerful & raw with her voice is…indescribable.’

‘Can we all agree that this is extremely beautiful?? I have been playing this single all day and it hits me every single time,’ praised a third.

The song features in the upcoming Marvel movie, which Rihanna said she wanted to be part of following the death of Chadwick Boseman, who played T’Challa, in August 2020.

According to Black Panther 2’s director, Ryan Coogler, the Work songstress was keen to be part of the film in honour of late star Chadwick Boseman.