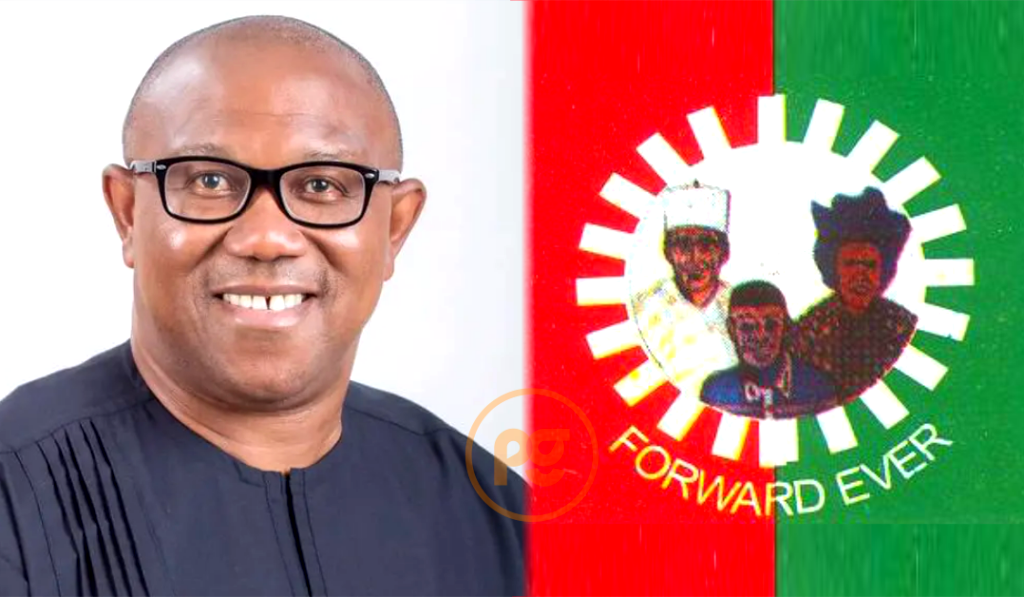 The leadership of Labour Party has expressed appreciation over the support its presidential candidate, Peter Obi, has been getting from well-meaning Nigerians.

Labour Party said the people are funding Obi’s campaign because they’re confident he will serve them effectively.

LP thanks supporters: The party noted that Obi supporters have continued to render financial assistance and volunteer their buildings, which have been converted to political campaign offices across the country.

This was contained in a statement issued by Labor Party’s National Chairman, Julius Abure, in Abuja on Saturday, September 24, 2022, The Punch reports.

Abure’s appreciation comes on the heels of the Labor Party movement rallies which have been making waves in different states across the country.

Obidient rallies: Pulse reports that Obidients, as Obi supporters are fondly called, trooped out in their numbers to march across the streets of Abuja on Saturday.

A similar rally was also held in Kwara and Plateau states on the same day, but the Abuja crowd was the one that drew many people’s attention.

However, the Labour Party Chairman stated that he didn’t find the unprecedented crowd that turned out for the Obidient march surprising.

This is even as he acknowledged that supporters of the movement went out of their way to contribute as little as N1,000 and N10,000 to hold such rallies.

Abure’s word: “The rallies are not surprising. It is because the Labour Party has a people-oriented candidate that will work for the people and that will effectively serve the interest of the party.

“Of course, the people must own the process. The people will fund the process because they say he who plays the pipe dictates the tune. Therefore, the people are the owners of the party and that is why they are funding these activities.

“People are contributing money, N1000, N10,000 and so on to carry out rallies for themselves. People are donating their buildings and the people of Nigeria are gradually owning the Labour Party.

“The Labour Party is a party for the poor, the artisans, students, market women, the downtrodden, civil servants, hewers of wood and fetchers of water and the ordinary man in the street. They own the party and they form more that 90 percent of Nigerians.”

More supporters expected: The enthused chairman also expressed optimism that when campaigns commence, more people will join the party and own the process.

Abure’s word: “All these movements and activities you are seeing all over, Labour Party has no contribution to it. The people are mobilising themselves, printing logo and campaign materials of the party from their pockets.

“They are driving the process of the campaign by themselves and that is what we are seeing. The people are now asking questions about how they are being ruled. They want to sack the looters and change the status quo.

“They want to put an end to activities of some people who have stolen from the common purse. The people have always been at the receiving end, but all those scenario are about to change. The party is the voice of the voiceless, and that is what you see in those rallies, that is what is replicated all over the nation.”