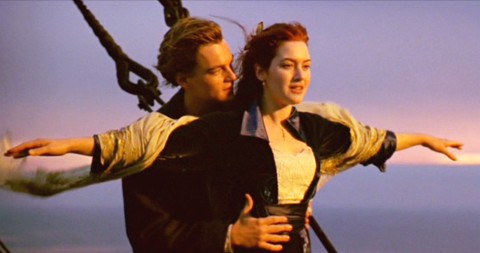 Titanic director James Cameron has said he thinks star Kate Winslet was ‘a bit traumatised’ after filming the blockbuster due to the scale of the project.

Winslet rose to international stardom after starring in the 1997 epic romance alongside Leonardo DiCaprio (who it’s recently been revealed almost lost the role of Jack) in her early 20s and has since gone on to have an impressive acting career.

After more than two decades, the actress, 47, and Cameron, 68, are reuniting for the upcoming Avatar sequel The Way Of Water which the director feels they are both ‘eager’ for.

The writer-director admitted: ‘I think Kate came out of Titanic a bit traumatised by the scale of the production and her responsibility within it.

‘We’ve both been eager over time to work together again, to see what the other is about at this point in our lives and careers.’

The director added to Radio Times: ‘She’s very large and in charge on set. You’d swear she was producing the film!’

Winslet plays Metkayina matriarch Ronal in the much-anticipated return to the planet of Pandora nearly 13 years on.

The original sci-fi epic from 2009 became the highest-grossing film of all time and went on to win three Oscars for its stunning visual effects, cinematography and art direction.

It actually knocked Titanic off the top of the highest-grossing films list upon its release, and it currently places third.

Adjusted for inflation, 1939’s Gone with the Wind still reigns supreme, with Avatar second and Titanic again at number three.

Avatar was set in 2154 and followed paraplegic marine Jake Sully, who is dispatched to the moon Pandora on a unique mission which becomes challenged when he falls for Zoe Saldana’s other-worldly blue princess Neytiri, a Na’vi.

The sequel is set more than a decade after the events of the first film and sees Jake settle down with Neytiri and their three children in the Na’vis’ rainforest home.

Once a familiar threat returns, Jake must work with Neytiri and the army of the Na’vi race to protect their planet.

Cameron has planned out a further three films, which would bring the Avatar franchise to five in total and see a movie released every other year until 2028.

The director, who admits he is ‘a lot more mellow now’ than he once was, has said he is ‘absolutely realistic and sanguine’ about the future of the movies.

The Terminator filmmaker told the publication: ‘It’s simple. If Terminator 1 had failed, there wouldn’t have been a Terminator 2.’

He also admitted that it was ‘possible, maybe even probable’ that the post-Covid streaming marketplace meant it wouldn’t be possible to achieve the financial return they needed to make another three Avatar movies ‘a sound business proposition’.

Cameron has previously confirmed that for the sequel to be profitable, it would have to be ‘the third or fourth highest-grossing film in history’ and if it is not he will have to rethink the future films.

However, he admits he is keen to make the other movies, saying: ‘I want to go big or go home.’

Avatar: The Way Of Water is due for release in cinemas on December 16.