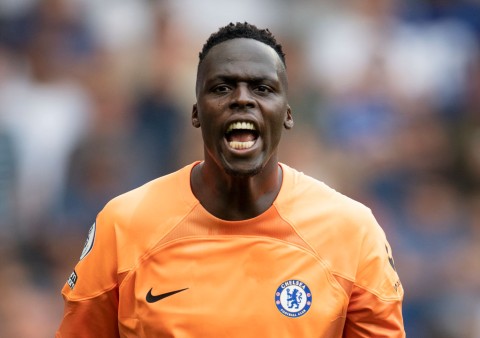 Chelsea goalkeeper Edouard Mendy has returned to England early from international duty due to a recurring knee injury.

Mendy picked up the injury during the closing stages of the Blues’ 2-1 win over West Ham and has not played since.

The injury was not thought to be too serious however, especially after the 30-year-old was called up to the Senegal squad for their upcoming friendlies against Bolivia and Iran.

However, just days into the international break, Mendy has returned to Chelsea to receive further treatment on his knee, but it is not known how long the keeper will be out for.

It is said that Mendy may even be fit enough for Chelsea’s next game against Crystal Palace at Selhurst Park on 1st October, in what will be Graham Potter’s first Premier League match as Blues boss.

If he misses out, Kepa Arrizabalaga will be in-between the sticks again having deputised for Mendy in Chelsea’s last two clashes against Dinamo Zagreb and Red Bull Salzburg in the Champions League.

Mendy has been a near ever-present for the west London side since his move from Rennes in 2020, winning the Champions League and Club World Cup, and reaching the finals of the FA Cup and League Cup.

In that time, he has also won the Africa Cup of Nations and was named FIFA’s Best Goalkeeper.

However, he has endured a very tough start to this season keeping just one clean sheet and conceding nine goals in six games, while making some high-profile errors in the clashes against Leeds and West Ham.

Chelsea will be hoping that he can rediscover his best form after he recovers from his injury, as will Senegal with the World Cup in Qatar less than two months away.