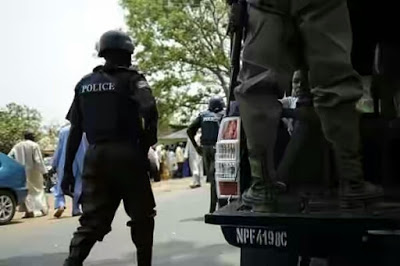 Operatives of Delta Police Command, have arrested three nurses of a private hospital in Asaba, the state capital, for harvesting the organ of a newborn baby.

It was gathered that the parents of the deceased child had brought him to the hospital for treatment on Sunday, September 9, 2022, but the minor was confirmed dead on their arrival.

Trouble, however, began when the family returned the child to the hospital the following day (Monday), alleging that his eyes, nose and ear had been removed.

Giving his account of the incident, a source at the hospital said,“The parents brought the child to the hospital on Sunday evening. Immediately, our children’s doctor (paediatrician) looked at the child and confirmed him dead after all efforts to bring the newborn back to life failed.

“The hospital discharged them and both the father and mother carried the child away. Surprisingly on Monday morning, the parents brought the baby, accusing the hospital of removing the baby’s eyes, nose and ears. They came with the police, who arrested some nurses at the hospital.”

Confirming the arrest of the nurses, Benjamin Hundeyin, the Police Public Relations Officer (PPRO) in Lagos State, stated: “It is true, but I have not got the details of the incident. We got information that the child was delivered in another hospital, but was referred to the hospital where he died.”

According to Hundeyin, while the child’s corpse had been deposited in a mortuary, the police are investigating the matter, and currently interrogating the arrested suspects.