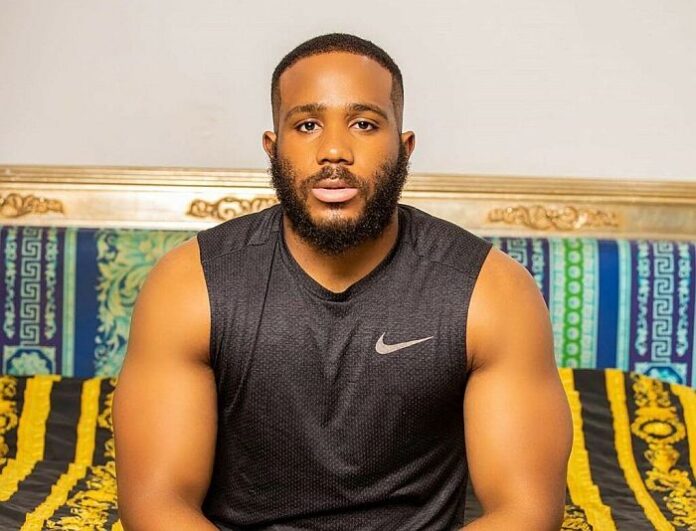 The billionaire heir was recently spotted with a yet to be identified lady hanging out with friends.

The reality TV star was recently rumoured to be engaged.

In a tweet shared via his Twitter page on Monday, September 19, 2022, the billionaire heir debunked the rumours about his relationship status.

I’m not getting married and I DO NOT have a fiancé. It was fun seeing all the reactions tho. ✌️

”I’m not getting married and I DO NOT have a fiancé. It was fun seeing all the reactions tho,” he tweeted.

It would be recalled that a few weeks ago, media personality, Daddy Freeze shared a video of the reality TV star and a lady and announced that they were exclusive.

“Kidd Waya & His Fiancé Showing Is How To Love,” Daddy Freeze captioned the video.

Other celebrities and socialites who were present at the gathering include popular UK-based pastor, Tobi Adegboyega.

The controversial pastor while reacting to Kiddwaya and his fiancee’s engagement said he would be honoured to officiate their wedding.

He also said he would be officiating Davido’s wedding – looks like we have a bigger story to break in the coming months.

Freeze also taunted fans who had wanted Kiddwaya and Erica to be together, he said; “Stop asking where is Erica, send her a DM.”

Kiddwaya was one of the housemates from the fifth season of the reality TV show.

While in the house, the billionaire heir was romantically linked to Erica.

However, that ship sank weeks after their exit from the show.

Fans of Kiddwaya and Erica’s alleged relationship haven’t gotten over their split.