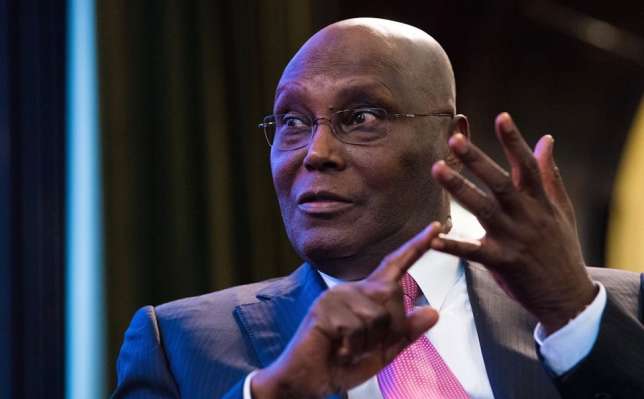 Plans are currently ongoing for the inauguration of the campaign council of the standard bearer of the Peoples Democratic Party, Atiku Abubakar.

The spokesperson for the PDP candidate, Paul Ibe, made this known in an interview in Abuja.

According to Ibe, the council will be formed in such a way individuals who lost out in the primaries of the PDP are integrated into the team.

Atiku emerged the winner of the presidential primaries of the PDP on May 28, 2022, in Abuja, after polling a total of 371 votes, defeating the Governor of Rivers State, Nyesom Wike, who scored 237 votes.

Since Atiku emerged as the flag bearer, the opposition party has been embroiled in rancour. The crisis became worsened after he named Ifeanyi Okowa, the governor of Delta State, as his running mate for the 2023 presidential election.

Speaking on Saturday, Ibe said, “Plans are underway to inaugurate the campaign council and appoint a director general. You have to understand that this is not just an Atiku thing. Everyone has to be involved. There are plans to integrate other individuals who lost out at the primaries.”

Meanwhile, there are indications that Atiku’s camp is making plans to get the support and open endorsement of former President Olusegun Obasanjo.

Obasanjo had declared support for Atiku and his running mate, Peter Obi, in the 2019 general elections.

In a video in circulation, the former president described Atiku as “ a man who has what it takes in experience, exposure, in lessons that he has learnt – and he has learnt his lessons; I tried to teach him a few of them – to create a change for the better”.

However, in another recent report, Obasanjo said choosing Atiku as VP was one of the two greatest mistakes he had made in his lifetime.

Obasanjo stated this while answering questions posed by students from selected secondary schools that participated in the finals of the National Exhibition and Awards organised by Students for the Advancement of Global Entrepreneurship.

He said, “One of the mistakes I made was picking my number two when I wanted to become the President. But because it was a genuine mistake, God saved me.”

In a recent development, the National Publicity Secretary of the Atiku Support Organisation, Dr Victor Moses, said that there were genuine moves in line to make sure we get “Baba Obasanjo” on our side.

“His Excellency, Alhaji Atiku Abubakar, has a lot of respect for Sir Olusegun Obasanjo. That is why no matter what Baba (Obasanjo) says, he doesn’t respond.

“Even when Obasanjo said Atiku was one of the worse mistakes he had made in his lifetime, Atiku didn’t respond because of this respect.

“We are trying to get his endorsement because it would mean a lot for us. Obasanjo was Atiku’s principal, and if he could endorse Atiku in 2019, he should be able to do it now.

“When the time comes, we will reveal our plans on how to do so. Now, it seems as though Obasanjo is supporting another candidate, but we will try to get him on (our side). That is why no matter what he (Obasanjo) says about Atiku, he (Atiku) doesn’t respond so he doesn’t escalate the crisis between the two of them. We need his (Obasanjo’s) blessings for Atiku/Okowa ticket.

“Atiku is what he is today because Obasanjo took him up as Adamawa governor and made him his VP. Atiku also contributed significantly to getting Obasanjo to become the president. Obasanjo was nowhere to be found. It was Atiku, Yar’Adua and the rest that fought for democracy,” he said.

Moses challenged anyone with any corruption allegation on Atiku to come forward before he (Atiku) “becomes the president.”

He added, “All these allegations of stealing and corruption on Atiku are fiction. If Atiku stole money, Obasanjo’s many probes would have found him out. His hands are clean.

“He (Atiku) will accompany them to the Economic and Financial Crimes Commission to clear his name. Nobody is coming out.”