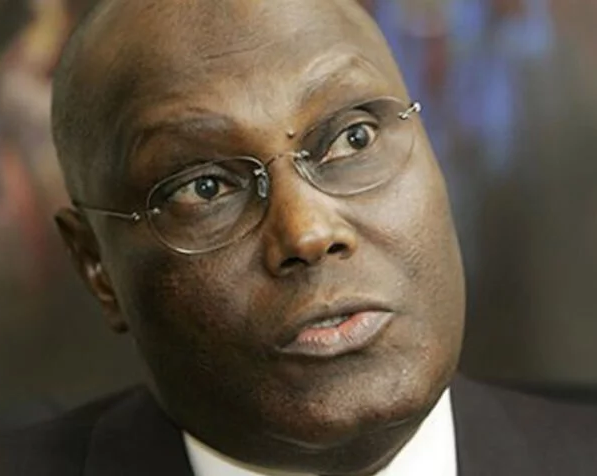 One person has been reportedly shot while several others were injured when suspected political thugs attacked supporters of the presidential flag bearer of the Peoples Democratic Party (PDP), Atiku Abubakar, at Eberi, Omuma Local Government Area of Rivers State.

According to the PDP Presidential Campaign Council (PCC) Coordinator, Hon. Nnamdi Nwogu, who confirmed the attack when briefing newsmen on Monday, the hoodlums numbering over 30 and brandishing machetes and guns, swooped on him, his aide and three other members of the party while pasting Atiku’s posters at the Eberi-Omuma junction in Omuma on Sunday.

Nwogu who alleged he had no doubt that the thugs were ordered to attack him and his men by political leaders in the area, said one of his aides, Udochukwu Nwakpala, was shot by the attackers and was rushed to a hospital in Port Harcourt.

“Three days ago, I gave my boys posters of Atiku to paste in my local government, and yesterday (Sunday), I now called one of my boys, Udochukwu and a friend of mine to join me to see if the posters were pasted the way I had directed,” Nwogu narrated.

“When we got to the place, I saw the posters in some areas. But I noticed that the posters were not at the strategic place called Eberi-Omuma. I said okay, since I am around let me ensure it was done. I said come and paste these posters here.

“While I was there inspecting them, I noticed one of the councilors in Ward 1, popularly called Mayor Councillor; he saw what they were doing.

“He went back and made a telephone call. The next thing, we saw over 30 boys armed with machetes and guns. These boys looked at me, they started attacking us. They used machetes on my boy, Udochukwu, and harassed me and my friend with machetes.

“I tried to rescue my boy who was bleeding because they matcheted this boy all round and shot him.

“We managed to move him with the bleeding and rushed him to the hospital. While we were there, the boy was on a drip, we got a call that they (assailants) were trailing us.

“It is only God that knows how he rescued me and this boy from them. Maybe we would have been killed just to go and paste posters. We have not even started campaigns yet.

“They said they were asked to attack me and all the supporters of Atiku. That we must not campaign for Atiku in this local government. What is our crime? Allow me to campaign for my candidate, and if you have your candidate why not go and campaign for your own candidate? Does it call for war?” He said.

Also speaking on the incident, the spokesman for the PDP PPC in the state, Dr. Leloonu Nwibubasa, condemned the attack and called on the police to immediately commence investigation with a view to arrest those behind the attack.

“This reign of terror on members of our great party in Omumu LGA who were elected freely to support Atiku Abubakar is highly condemnable.

“The life of Udochukwu Nwakwala is presently at stake and we are worried if he will survive the gunshots and machete cuts that were rained on him for simply pasting Atiku’s posters in Omuma.

“I want to call on the Governor of Rivers State, Nyesom Wike, to call members of the party that are loyal to him and carrying out orders inimical to humanity, to order. This is a test case for the new commissioner of police in the state. He must investigate, arrest and prosecute whoever is responsible for this dastardly act.”