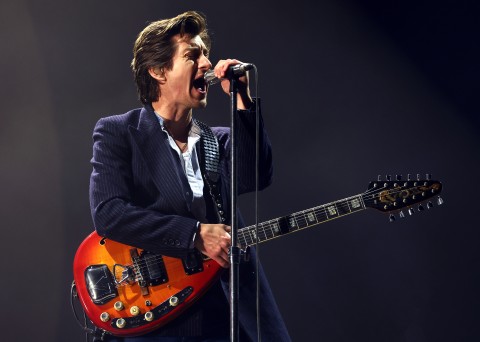 Arctic Monkeys have reportedly signed on the dotted line to headline Glastonbury Festival’s Pyramid Stage in 2023.

The band are said to have started preparing for the epic gig, which would mark the first time they’ve appeared on the Pyramid Stage in 10 years, and the third time they’ve played the iconic festival, which will take place from June 21 to June 25 next year.

A source said: ‘Alex Turner and the band are coming back to Glastonbury, and this time their set is going to be even bigger and better.’

They added to The Sun: ‘The lads have signed on the dotted line and will return to the Pyramid Stage next June.

‘It is really special for them to be doing a hat-trick on that stage and it is something they have wanted to do for a while.’

The band, who recently released their first new single in four years, are said to be keen to make the performance one of the festival’s most memorable – and we definitely wouldn’t put it past them.

Of course, the reported set has not been confirmed by the lads, who recently announced their 2023 tour dates.

However, it appears they have left a convenient Glastonbury-sized gap in their June 2023 dates.

The band –  frontman Alex Turner, 36, guitarist Jamie Cook, 37, bassist Nick O’Malley, also 37, and 36-year-old drummer Matt Helders – will begin their UK and Ireland tour in Bristol on May 29, before heading to cities including Manchester, Sheffield, and London.

On June 20, they’ll play Dublin, leaving a small gap in their dates before playing Glasgow on June 25.

They’ll be supported by The Hives and The Mysterines, with tickets going on sale later this month.

It come after the band performed at Reading Music Festival as headliners earlier this year but banned the BBC from showcasing their live performance – so lots will be understandably excited to get their fix this time around.