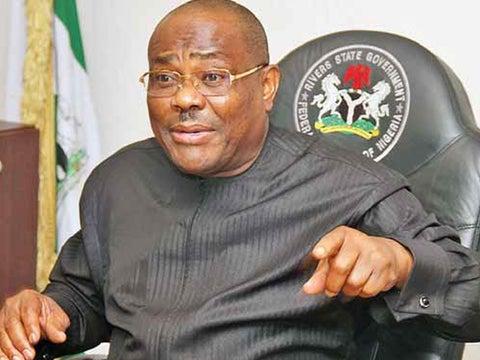 In spite of his membership in the Peoples Democratic Party (PDP), Governor Nyesom Wike of Rivers State says his state is yet to decide who to support for presidency in the forthcoming general election.

The governor said this on Monday, October 31, 2022, during the inauguration of 319 ward and 32 constituency liaison officers in Government House, Port Harcourt.

Wike said the PDP governorship candidate in the state, all the House of Representatives, Senate, and House of Assembly candidates would win in the 2023 general elections.

But for the presidency, the governor said the state is yet to determine who to support.

He said, “PDP will win our State. I am not hiding it as far as the governorship, House of Reps, Senate and State Assembly are concerned. The other one we have not decided until the right thing is done.”

Wike also criticised Dr. Abiye Sekibo, a former Minister of Transport and Rivers Director, Atiku Supporters, saying he lacks the capacity to speak for the people of the state.

Describing him as a self-seeking politician, Wike said Sekibi was unable to attract democratic dividends of any kind to the state when he was a minister.

He said: “I watched a video when one Dr. Abiye Sekibo, while he was addressing people in his house on Sunday, said he is the director of Atiku’s Supporters in Rivers. I have no problem about that. But he does not have that capacity to speak on behalf of Rivers State.

“Dr. Abiye Sekibo was Minister of Transport when Alhaji Atiku Abubakar was the Vice-President of Nigeria. Can you people mention one project in Okrika, I don’t even want to talk about Rivers State, in Ogu/Bolo, one project that he brought down to Rivers State. Is there anyone?”

Wike, who has been at loggerheads with the presidential candidate of his party, Alhaji Atiku Abubakar said that leadership was not about personal aggrandizement.

According to him, serving the people, and protecting their interests while building up others as competent successors are the hallmarks of a good leader.