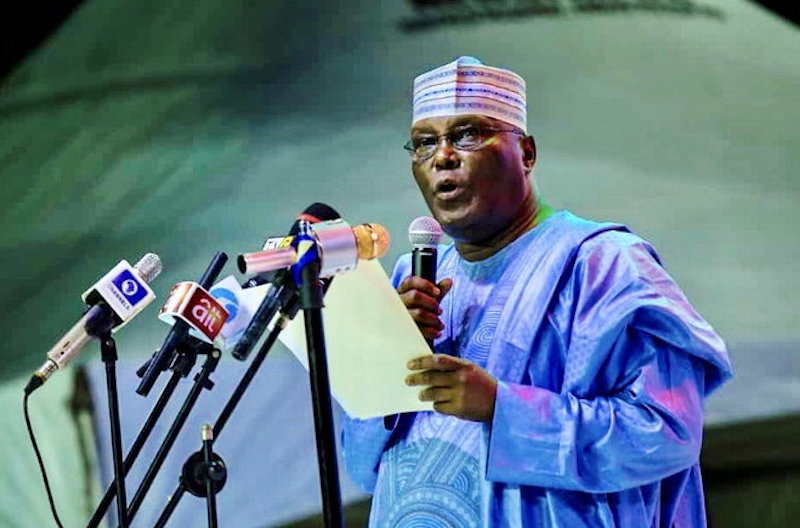 The National Chairman of the Peoples Democratic Party (PDP), Iyiorcha Ayu, has predicted a landslide victory for the party’s presidential candidate, Abubakar Atiku, in the 2023 election.

Atiku to shock Nigerians: Ayu said the former Vice President will pose a shocking win in the next year’s poll with a margin not less than seven million votes.

He said this at the stakeholders’ meeting held at the Multi-Purpose Indoor Sports Hall, Bauchi, on Wednesday, October 5, 2022

The meeting took place shortly after Atiku received thousands of defectors from ruling All Progressives Congress (APC) and other political parties at a ceremony held at the Abubakar Tafawa Balewa Stadium, Bauchi.

The PDP crisis: While dignitaries including Atiku’s running mate, Ifeanyi Okowa, Presidential Campaign Council and Sokoto State governor, Aminu Tambuwal, former Senate President, Bukola Saraki, among others were present, none of the governors and the PDP chieftains loyal to the Rivers State Governor, Nyesom Wike, was spotted at the rally.

Recall that Wike and his allies have insisted that Ayu must vacate his seat as the national chairman for peace to reign in the party.

Ayu makes bold declaration: However, while addressing the North-East stakeholders, Ayu claimed PDP remains the strongest party in Nigeria, referring to the large turnout at the rally as a testament.

Ayu’s word: “While we were coming here today, I was apprehensive that perhaps, when we come, the North-East will not come out. A political party is the people, it is not just the leaders, sometimes, we lay too much emphasis on the leaders.

“Today, we see that the PDP is the strongest party in Nigeria. Those who have been building imaginary rallies; today, it was not a rally, it was a reception but we saw the number of people that came out like bees. That is to tell you that the PDP is strong on the ground, we don’t want to be strong on social media, we don’t want to be strong only on manipulated images on television, we want to see the real people.”

Ayu‘s word: “In a presidential election, if you don’t win Bauchi, you can’t win the presidency, and we are very sure that with what we saw today; the massive mobilisation that has been done, we are certainly on our way to victory.

“Atiku is your son, the North-East has never had a President before and yet, when democracy started, the North-East led the way with Alhaji Tafawa Balewa. Power is returning to the North-East, vote for your son, come out en masse, it is not enough to come for the rally.

“All of you should have a Permanent Voter Card make sure you campaign at your polling unit, don’t campaign only at rallies, we don’t want people in Abuja, everybody must go back home to his polling unit. On that day (election day), we will shock Nigerians, the victory margin is going to be seven million votes.