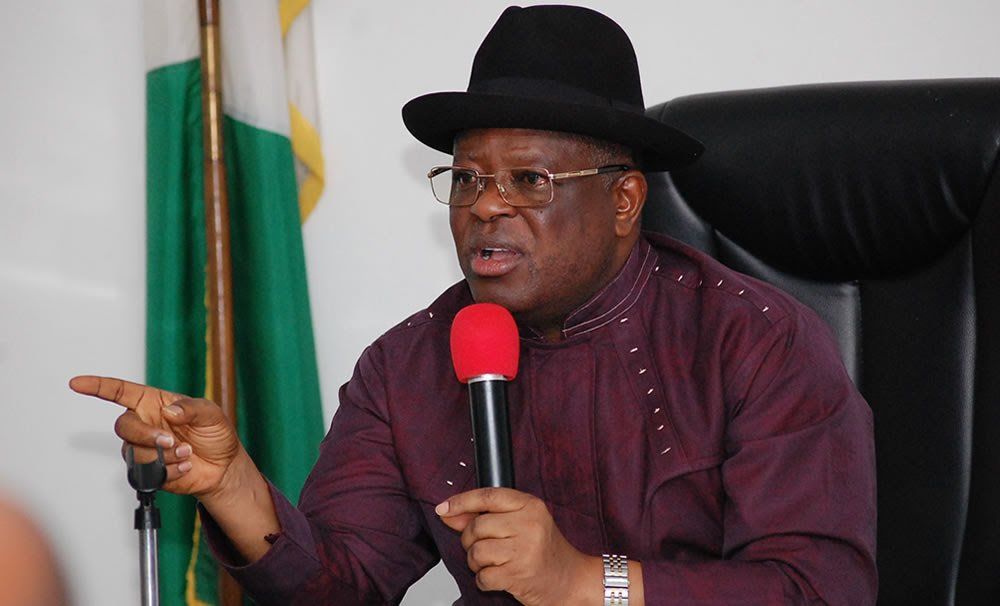 The Governor of Ebonyi State, David Umahi has said the All Progressives Congress (APC) does not need logistics support but votes from Rivers State.

Umahi stated this during the inauguration of the Akpabu-Itu-Omudiogha-Egbeda road in Emohua LGA in Rivers State on Tuesday, November 22, 2022.

Why this is necessary: On Monday, November 21, Rivers Governor Nyesom Wike promised to give the presidential candidate of the New Nigeria Peoples Party (NNPP), Rabiu Kwankwaso, logistics support for his campaign in the state.

Wike had also promised to give the presidential candidate of the Labour Party (LP), Peter Obi, logistics support for his campaign in the state.

“Your excellency, my parxxzzty, APC, we don’t need logistics. We’ve seen the presidential candidates come here and you are a doer of promise. And when you say you’ll give logistics support, we know you will.

“But you see, APC, we don’t need logistics support; we need votes — just for the presidential one. I will not ask what is impossible. So, that presidential one, keep it for Asiwaju,” Umahi said.

Wike will not work for his party PDP: Wike, escalated his long-running war of words with the leadership of the opposition Peoples Democratic Party (PDP), declaring that neither he, nor his G5 governor allies, would work for the party’s presidential candidate, former Vice President Atiku Abubakar, in preparation for next year’s elections.

The rest of G5: Governors Wike, Seyi Makinde (Oyo State), Samuel Ortom (Benue), Ifeanyi Ugwuanyi (Enugu) and Okezie Ikpeazu (Abia), have been at daggers drawn with Atiku since the conclusion of the party’s presidential primaries in May over their insistence that Ayu steps down for a member of the party from the southern part of the country.