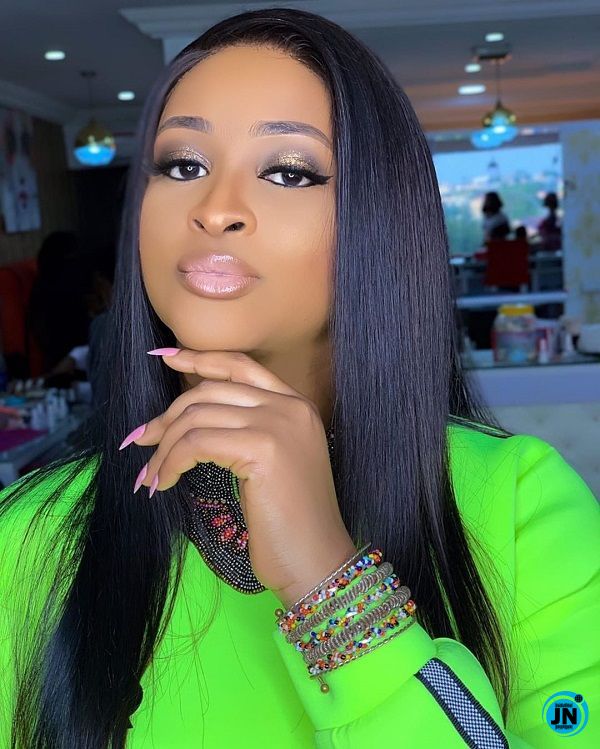 A popular actress, Etinosa Idemudia, has said that her new movie titled, Dear Sister, was inspired by the need to tell the stories of the conflicts suffered by some families.

During the recent screening of the new movie in Lagos, she told Sunday Scoop, “The movie was written and produced by me. It tells the story of two sisters— Isoken and Ifueko. Isoken’s marriage goes through a tough test as the past comes calling when she invites her sister, Ifueko, to live with her and her loving husband, James, who was once Ifueko’s suitor.

“After several failed attempts to rekindle James’ feelings for her, a desperate Ifueko unleashes her malevolent intentions, dishing out high-octane suspense to viewers.

“The movie is an enactment of real-life family issues. Many women are going through several issues in their homes, caused by their own families and their in-laws. However, as seen in one of the movie’s central themes, love will always prevail.

“I want people who will watch the movie to know that there is nothing God cannot do. For two years, we worked around the concept, and it was delayed by childbirth, but I was determined that the film would come to life.”

Another actress in the movie, Angela Eguavoen, noted that they had to pause filming at a point for her to regain her balance because she was engrossed in the emotions in the film and could not stop shedding tears intermittently.

Other actors in the movie include Daniel ‘K’ Daniel, Ese Idia, Jennifer Osawe and Joshua Nnedu.