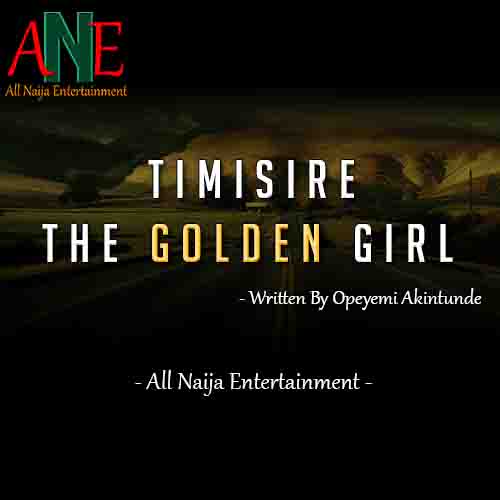 “Mirabel, what is happening to me? I feel strange. I feel like something is in me” Alex said

Mirabel knew God had started working. She moved close to him and gave him the water to drink.

“ You will be fine, Take this water. You had too much to drink last night.”
Alex collected the water and gulped it down.

Suddenly, he had the urge to vomit.

“ I feel like throwing u….p….” Alex rushed towards the bathroom.
He vomited till he had no strength in him. The smell of the vomitous was highly offensive.

“ What did I drink? That alcohol was definitely laced with something!”

“ Obviously! If you didn’t request for the alcohol, there won’t have been an open door.”

“Mirabel , I slept with the cleaner girl?” Alex began to gain his senses back

“ I can’t say… I didn’t catch you in the act, but you kept saying you wanted to finish what you had started”

“ Can we get out of this hotel, this place is evil”

“ I thought you would never ask!” Mirabel replied

*****
“ What is wrong with her and where is she headed?” Loveth asked fearfully as they all watched as Joy took to the streets.

“ Joy, where are you going? Get some clothes on” Ahmed the security said not knowing what was happening.

Joy paid no attention to him, instead she pushed him aside and walked out of the gate.

“ Are we just going to watch her go like that?” Irene who was already sobbing said

“ Do you have another option. If Madam comes back and finds her Mad, we will have a lot of explaining to do, afterwards you all will end up in Jail for adding Urine to a guest’s drink.” Paul said

The realization of what awaited them if the truth of what happened got to the Madam made them leave Joy to her fate.

They quietly returned to the reception like people mourning, and as expected they saw the couple walking down the stairs.

No one dared ask questions. Loveth summoned courage to apologize.

“We are so…” Loveth was saying but Mirabel raised her hand to signify that she save her apology.

The Staff saw how weak the husband was and that moment was a sober moment for them. They watched the couple enter their car and drove off.

“The wife must be a church woman” Loveth concluded

“Yes! And if not that Joy said she wanted to do it, I would have been the mad one on the street now” Jessica said with tears flowing down her cheeks.

“To think we were the one who encouraged her to do it diabolically” Irene said. “God forgive us ooo”

“ Queen, your child is not the same way she left you” He said

“ She has hit the streets” the pastor opened up.

The words did not make much sense to Aduke at first, until she saw how her maids reacted.

“ Hit the streets, as in Mad?” She asked

“Ha! What happened? How come?”

“ I saw her been punished for a wrong she did”

“ Please Pastor, tell me where she is, so we can bring her here.”

“She is far away”