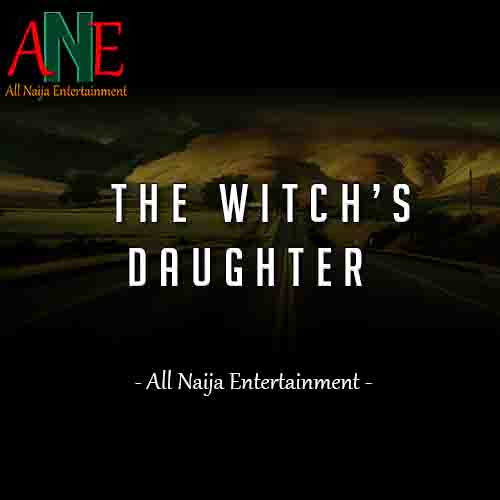 At my age, I was already engaged to be married to a woman. A woman who had never met my parents and I had never met hers. Very strange. I was just five years old and she was almost five years too. Our union was an unholy one because it was bonded by witchcraft; an oath, not before God but before the powers of darkness. I had quite technically sold my soul to the devil. Yes, if that was not what it was, then what was it? Right now, as I speak, I could be watched by invisible spirits, waiting for me to derail, for me to break the terms of the oath and wring my neck. How did I get here? How did I come about having a teenager’s mind in a child’s body? Children my age are living their lives innocently. Here, I was, battling between a witch, her daughter and the anger of my father should he find out the recent happenings.

I had heard stories of invisible spirits, ghost and ghouls, watching people in the dark, waiting to seal their doom. Could I be in the same fate now? I was once told about a man who went to a bablawo and asked for protection from his enemies. The ritualist agreed to give him ten demons who will guard him wherever he went. If he was sleeping, they would stand by his bed, watching over him. If he went to church, they would stand outside and wait for the service to be over. However, he was asked by the ritualist whether he wanted his guardians to be visible or not. He agreed that he wanted them to be visible. That was his mistake. He was told to go home and wait for them to appear at midnight.

It was exactly midnight when the demons appeared. He had even forgotten and had not prepared himself psychologically for their coming. He had just finished freshening up when they appeared. Their looks where so terrible and horrible. He gave out a terrified scream, fell down and died. I hoped that was not the fate that awaited me.

I had been avoiding going to the witch’s house. She could not come to my house for fear of my dad’s reaction. My dad, though loving and caring, was a man with a hard countenance. Anger was his constant condition. I knew the witch’s daughter missed me terribly. However, I didn’t miss her. The whole thing was regrettable. However, though she missed me, I knew she wouldn’t bother because of the oath. She knew that no matter how long it took, I could never break character. I could never leave her. I was trapped. She didn’t see it as a problem but I saw it as one big problem. The worst part of it was that I couldn’t tell anybody.

As fate would have it, I was suddenly relieved from all my sufferings. My father came home one day and said the mission had asked him to come back to our former station. That meant we were leaving. I was overjoyed. I would be leaving that neighbourhood and all it’s wizardry. Most importantly, I would be leaving the witch and her crazy daughter. I thanked my stars and promised myself I was never going to involve myself in any amorous relationship again until I had come of age.

But then, I felt everything was not altogether right. What if the witch’s daughter followed me to our new station? She was still a child and couldn’t travel on her own. But Lily, as she was called could still use her spiritual powers to locate me. I had heard of stories of witches and wizards locating people who are even out of the country, in other continents. My father had once told me a similar story. The story was about a girl who was being dogged by some witches. She finally travelled to America and thought she was safe.

However, one day, she got back from work and when she was about to open her glass door, she saw the image of her witch aunt in the glass reflection. She quickly turned around but saw no one. Next thing she saw was an owl, perched on an electric line opposite the house. She screamed and ran inside the house. The witch tormented her so much that she travelled to Africa to seek for spiritual help. When she got to Africa, a family meeting was held and the accused aunt was warned never to pester the girl again. But the very next day, she was siting in front of the house with some family members when she saw her aunt, in a spiritual form, coming to feed her. She was with some people and they were all invisible.

She screamed and alerted the other family members who were around but no one could see anything or anybody. Her witch aunt and the other witches in her company grabbed her, and fed her with roasted cocoyam and palm oil. The people around her could see palm oils stains on the white T Shirt she was wearing but couldn’t see who was feeding her. When they finished, they left and she died.

I decided that I would have to tell my dad and face the consequences if anything mysterious should start happening to me. We had scheduled to go back to our former station in three days. I felt it would be unfair and wicked to leave without telling Lily I was leaving. It would seriously break her heart and it was not a very prudent thing to break the heart of a witch’s daughter, especially one who had some knowledge of the dark arts herself.

Witcraft is a dark and powerful magic and I had to be extra careful. That was what was in my mind as I ventured to the witch’s house that afternoon for what I figured would be my last time ever. I had to be on my guard. Firstly, I didn’t know if Lilly’s mum was home and I was also sure there were scarier and more dangerous things in that house than the infamous black cat and the ritual she and I had performed to bond our love.

Luckily for me, when I got there, Lily’s mum was not home. I wondered if that woman was ever home. She ran into my arms as soon as she saw me.

“Where have you been?” She asked. “I have missed you.”
“Home, my parents wouldn’t let me step away from home. I was grounded.” I lied.
“I said I missed you,” She reminded me.
“Oh, of course I miss you, too.” I lied “But there is something I have to tell you.”
“What is it?”
“We are leaving.” I broke the news to her.
“What? You are leaving? What does that mean?” She was already in tears.
“My father has been transferred back to our former station. We are moving in a few days.”
“OMG!! What am I going to do? What are we going to do? What about our vows? Our oath? Our promises?” She was weeping now, uncontrollably.
“I am sorry, I am just a child and you know that. There’s nothing I can do. My father is taking all of us away. I wish I could stay longer but I can’t.” I tried to make her see reason.

She wouldn’t budge. She was weeping seriously. She was inconsolable. Just then, I heard my mum calling my name. I had to leave immediately. I gave her a quick and hurried hug.

“Goodbye, Lilly. Goodbye.” I said, as I hurried away.
“Goodbye, Sammy. Goodbye.” Remember our oath, Sammy. Remember our oath!!” She called after me as I ran.
“Our oath, Sammy, our oath. Keep to our oath my love. Please wait for me. I love you. I love you, Sammy. Please come back to me someday. I will never forget you and I will never stop loving you, my husband to be.” Her voiced faded away in the distance as I left.

A few days later, we moved back to our former station and away from Lily and her mum, the witch.
To Be Continued… . . .