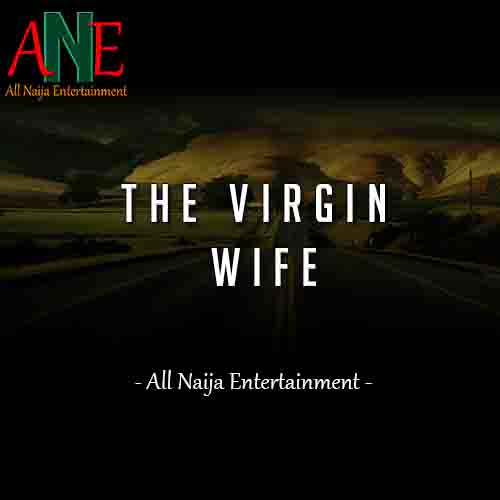 I ate the dinner George had prepared the other time.

I rested for a while then I returned to bed.

When it was exactly 10:00pm, I woke George up for us to have prayers.

George! I said tapping him gently.

My love! What is it? he asked still in the sleeping mood.

Okay love, continue I will join you he said.

I started worshipping the Lord for His mercy and for everything He has been doing for me concerning George.

George finally woke up and we both held our hands and prayed seriously unto the Lord.

I felt the presence of God within me, and I heard that voice that said, Ruth speak in tongues, then I burst into tongues.

All of a sudden I fell into a trance, my eyes were tightly closed.

Are you still there thinking tongues is not for believers or God has a special candidate He gives the gifts to?

I don’t even know when I left George’s hands or when he left my hands.

Then I saw a very tall man, he was so tall that, I don’t know what I could compare him to.

He stood right infront of me and said, Ruth what’s your problem with us, why don’t you leave George alone.

George is our prey.

And don’t even think George will be able to give you the joy of marriage (a baby).

If you think so, then you a joker, he said.

I stood and said, George is of the Lord and not your prey!

George is going to fulfill purpose, he’s going to break loose from your coven, I said frantically.

And he’s going to give me more than the joy of marriage! I said.

Hahahahahaha!!!! the giant in front of me laughed, he laughed so heavily that I was about to be scared.

I opened my eyes and I snapped out of the realm.

To my greatest surprise, George had already laid down on the floor sleeping.

Blood of Jesus!!! I said and woke George up. George don’t tell me you are sleeping at this moment?

I’m sorry love, I don’t know when I slept off he said yawning.

Stand up George, we are not yet done, I said.

He stood up, and we both continued the prayer and Immediately I closed back my eyes, I snapped back into the realm again.

And the giant said, were you surprised to see your beloved George sleeping? I began to speak in tongues and to my greatest surprised, he was also speaking in another language.

Hmmmmmmmm, if you don’t know your stand in Christ, it is very easy to fall!

I never kept quiet, I continue blasting in tongues and all of a sudden the giant faded away. I opened my eyes to reality.

How can a demon be speaking in tongues? I asked myself.

Ruth my dear daughter, do you call that tongues?

Yes Lord, he was speaking in another tongues!

That wasn’t tongue my beloved daughter, he intentionally made it look like tongues, so as for you to keep quiet and tremble before him.

But thank God, you mentioned just exactly the name he can’t withstand to hear.

Hmmmmmmmm, the name of Jesus saves!

George has gone back to bed to sleep, I continued praying for another 2hours and I finally rounded it up by singing praises unto the Lord.

I laid down quietly on the bed and committed the heart of George unto the Lord.

I guessed you know why I commited George’s heart unto the Lord?

Yes!! I don’t want him to change his mind of going to see the Pastor tomorrow morning.

I finally slept off.

I woke up around 7:00am in the morning and guess what? George was no where to be found around the house.

Oh my gosh!! Has George left for work or what?

I trust him, he dear not do that.

I was so tensed and furious within me.

I was still thinking of what to do.

When I heard a very loud and audible voice that said, do you really think he will follow you to the pastor’s place, just like that?

But Lord, why can’t you just arrest George’s heart for me? So that he can followed me to the Pastor, after all, he brought the idea of going to meet the pastor himself, I said.

Ruth my dear, you are a strong woman, either he follows you to the Pastor or not, I can see you becoming a winner.

But Lord, George’s behavior and attitude is not encouraging oooo.

Imagine! He is not even picking up his call, I said.

Ruth my beloved, have you forgotten what 1 Corinthians 1:25 says?

Yes!! My foolishness is wiser than the wisdom of men!

Ruth my dear, you are going to embark on a Spiritual journey both you and George.

For the next seven days neither George nor you is leaving this house!

Hmmmmm! How do I want to do it?, How I’m I going to make George stay in this house for a whole seven days?

Will I tie him down or what?

Ruth my beloved daughter, I’m the Lord. I own the heart of kings and princes!

All my expectations was that it was George, so I decided not respond to the knock quickly.

Please, is anybody home? Was what I heard, that made me stood up from the couch to attend to the knock.

I got to the door and opened it, lo and behold, the person I saw at the door made me almost loose my mind.