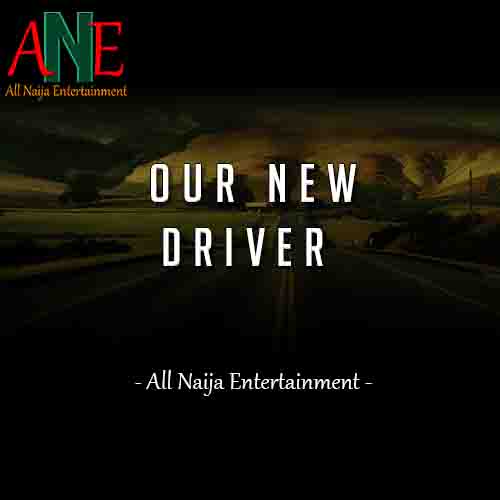 I wondered who could be the knocker.. Frederick is in his room.
I can’t remember when he invited someone.
Well let me go and check and see who it was. I stood up to leave and but Vivian held me down.
“Where are you going to?”
“To check who was behind the door” I replied.
“No don’t think of that let the person stay there.”. She said.
“Why? Let me check maybe it’s Frederick friend” I said.
“No baby don’t go. I’m not ready to loose you yet. It might be one of those bad guys.. they might have come with evil intention. ” She lamented.
“Sure? If you don’t mind please let me go” I insisted.
“No baby please for my sake.. stay back. If they can’t come in with force then let them stay there.” She said.
After he convinced me with several opinion, I rested with my mind not resting..

I heard a hard knock on the door and wondered..Who could that be?
Wilson is not out and besides it’s too late for someone to visit us.
Well, let me go and check who the person was…
I stood up and went to the main door and stood their for a while. Out there I could hear some lousy noise. Who are those?

I was surrounded by almost 5 agile guys.
Dressed in red and black custom.. Shit!! Who are this people and why are they here?.
They dragged me out roughly.. I wasn’t able to oneth quarter of their strength. I regretted why i left my hostel..
They threw me into a luxury car and ignited off.. in the car they tied my eyes with a black cloth and collected my phone and gun..
In a while I was dashed out into an uncompleted building. We walked passed some try bushes and my heart beat faster. I prayed I wasn’t killed.
Woop!! I regretted. They tied my hands behind me and my legs together tied..
I could hear them discussing on what they will do to me..
One suggested they should kill me while another said I should be spare till the next day so that madam will come and see me.
I couldn’t believe their leader was a female. Madam Felicia. I couldn’t remember hearing such name..
well, I pray they should demand ransom quickly so I can pay.. but who will I contact. Vivian isn’t aware of my hostage..

I opened the door and to my surprise I didn’t see anyone there. Why? But someone knocked minutes ago..
I waited for some minutes and rushed back inside to my room..

Gush,,, I’m late it’s morning already.. I quickly went to the restroom and got refreshened. I went to the kitchen to have some coffee for breakfast and to my delight I saw Wilson and Vivian having cool time in the kitchen while eating. They saw me and they smiled widely. We exchanged pleasantries and quickly take some coffee and want out..

I was left under cool and opened atmosphere till day break..
Gush,,, I felt A gun pointed on my head..
“Please don’t kill me. I will pay you any amount of money you want. I’m a multi millionaire. I just came back from the USA. Please don’t hurt me” I pleaded.
Now that I have told them who I’m, what will fate decide for me.
“Mr Man, we are not after your stinky wealth. What do you have to say for yourself?” A very deep voice asked.. I guess he was the leader because I saw him earlier…
“Please forgive me don’t kill me, I promise you everything on earth.. I can change your life.” I said pleading profusely.
“Now that you have nothing to say, extend my regards to my pupsy” He said and spined the gun to shut..
“Hey, stop that. Don’t shut him yet” a feminine voice said from behind..
I believe she was the madam they talked about earlier. God has sent her to save me maybe.
They had some brief discussion and he asked them to get me loose..
They untie me my legs and hands but not my eyes..

“Move him.” She said and they pushed me out.
They pushed me into a car and they drove off.. Gush what am I into.. Save me father..

They got me the wrong me person where on Earth did they get this man..?
Well, let me talk with him first. I asked them to fetch me Wilson but they refused saying. “We risky our life last night to get a man now we brought him and you rejected it..”
I hate him for, that was why I stopped talking with him the last time..
I asked them to bring him to me in my house..
We heard a brief discussion and I asked them to take him out.

We had some sweet meal and she told me about her idea.
We should flew to Abuja to leave to Uncle..

I was thinking about the idea when Frederick call entered..
“Bro, I just heard a news about what happened in our house last night..”
“Bro hit the nail on the head”.
“The police just arrested some group of people later discovered to be kidnappers..At police check point.. the bandit was in position of a guy known as Josh a billionaire that return American.. ”
I cut shut….
“Wait,,!! Are you serious? Josh is my friend. How come?.. ”
“According to the New Carrier he was kidnapped on his way to a night operation with gun and other side, The leader of the kiddnapers was a female.. Felicia Benard by name… That’s your madam sure and right now they are in the police custody..
On hearing that my jaw dropped..
I succumbed to her ideal of relocating and immediately we went to boarded a bus Abuja.. I’m sure there our life is going to change there.
To Be Continued…. . . . .