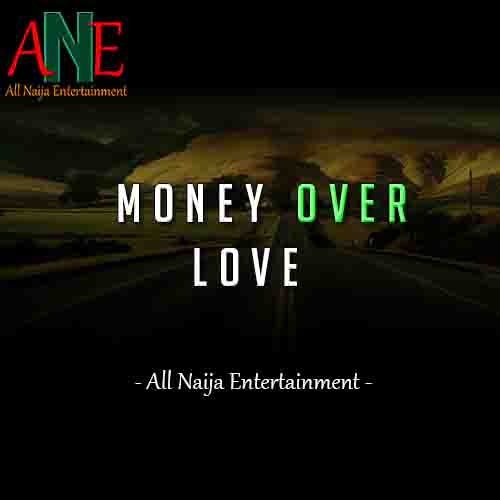 Religiously, it is said that too much love for money is the root of all evil. Well, that can be true to some extent. Money in its own way is also good in one’s life. With money, this world becomes an interesting place to live. I can tell you that with money, people are able to escape death. You can eat good food and have the maximum fun in life. At the same time, you can become a slave to this money if you are not content with the little you have. To live an average life is ok. Just believe in investment and the money will come by itself. Let beyond the sky be your limit but make sure you don’t crash in space. Too much of everything turns to be bad, hence too much love for money tends to increase ones ability to become more anxious in life and turns to make him/her make a whole lot of mistakes in his or her dealings. Am still wondering who loves money the most. Men or women?

Romantics claim money can’t buy love. Proving that, though may not even be possible, since love is not as simple as arithmetic. What has been evident throughout human history, however, is that money does have the power to either make or break a relationship. Those who aren’t driven by greed might believe financial matters will never stand between them and their partners, but sometimes that turns out to be wrong. In our part of the world, I mean Africa, a young lady would select money over love. When asked, she will give you a chicky response; “na love I go chop? na love I go take keep my looks?” etc.

Years of previous research have turned up compelling evidence that materialism isn’t great for anybody. Multiple studies have found that people who are materialistic are also more anxious, depressed, and insecure than non-materialistic types. A stronger love for money has also been linked to trouble at home, as these individuals tend not to balance family evenly with work.

You may not agree with me on the above assertions but let me use my own life as a case for you to understand where am coming from. Most ladies of today may at the end learn something from my story.

Very unfortunate for me, I had a very horrible beginning. Nobody had ever thought I could be who I am today but I will continue to give thanks and praise to God almighty for saving me from shame. With Christ in you, there is always hope for the future. Just believe in yourself, trust in God and be hardworking. I was named Agbanavor by my peers when I was growing up. The name my parents gave to me when I was born is Makafui. I will tell you how come I had that name Agbanavor from my peers.

“Agbanavor” is a phrase in ewe literally interpreted as “the one for credit is finished.” Yes, this was because all the food vendors in my village; Torve in the Akatsi south constituency of the Volta region got to know me as the boy who always buy food on credit and promise to pay when he gets money from his “by day jobs” on the sugarcane farm for people. So by seeing me coming close to where they sell their food, they will start telling their customers that “agbana vor” meaning no credit.

Sometimes if I don’t want to be embarrassed, I will return hungry or go and steal sugarcane from the farm of people. You may ask if I don’t have family. I really do have a very large family just as every other human being has a family on this earth but the regular saying for most families including mine in this part of the world is; “everybody for himself, God for us all.”

I grew up to meet none of my parents. Yes, I was told that my mother passed on during labour, after she had given birth to me. According to what I heard, it was negligence on the part of the local midwife who was helping my mom in dedelivery at home. My mother died out of Postpartum Haemorrhage (PPH). This is loss of blood estimated to be >500 ml, from the genital tract, within 24 hours of delivery. Because there was no proper monitoring on my mother, as well as no health care facility in the village, she died.

I will advise women to visit the hospitals for prenatal care and delivery when pregnant. I was then given to one woman who also gave birth about a week before my mother to take care of me. My father provided her with all she needed to take care of me. After three years of this external mother care, my father fell very ill. He was not able to go to farm nor do anything for himself. He had no one around to even cook for him so very unfortunately, he also passed on. The painful aspect was that they spent millions of Ghana cedis on his funeral. Must it always be so?

People said I was an evil child and that was why I could lost both parents at my tender age. Due to this, the woman taking care of me sent me back to my auntie at the age of three (3) to continue with the care because she claimed she feared I will use my evil spirit to destroy her family. My aunty accepted me and took care of me.

At the age of ten, my aunty felt stressed out in providing for me. So seeing that I had developed some few muscles, turned me into her bulldozer on her farm. At the age of ten, I started working on the farm. You dare say child labour, she would let you understand that in life, we don’t say everything. Somethings are just for the eyes and not for the mouth.

I saw my colleagues going to school but I never had anything to do with school. My duty was to wake up early in the morning and set off to the farm because the pledge I was thought was “no farm no food, so help me God!” Everybody could attest to the fact that I was hardworking because I never rest when I get to the farm. My resting time means I’ve closed for the day. This went on for about three years so at the age of thirteen, I had never stepped foot in the classroom.

I do ask myself this question, can’t a person become what God ordained him/her to be without going to school? After all our education system has fallen. People who never stepped foot in the classroom are inventing and employing the highly educated. Anyway I leave that to you to assess.

People are already making a lot of money through Ethereum Forsage, what are you waiting for?
My auntie had two children and she cherished them like gold. They even didn’t know the direction to their mother’s farm but they were aware their mother had a farm. Her children were all in school but very unfortunate for them, they were not academically sound. This time around, my auntie associated the poor performances of her children to my presence in that house. She said I have bewitched her children because she also believed I was an evil child.

Come to think of it, this woman was always having bumper harvest and I kept asking myself that if it was so, why didn’t I bewitched her farm as well. She started treating me inhumanly. Even to eat was a tag of war for me. This went on for several years.

On my way to the farm one day, I discovered a house somewhere in the bush. I went closer and realized there was no one in it. The place too looked bushy so instead of going to the farm, I spent my day clearing the place. I cleared the place and cleaned the room. Per history, some people stayed there before but left to the city and abandoned the place due to reasons best known to them. I informed my aunt about it. I told her I might relocate to this place.

I got my own place and decided to move out there. My auntie knowing she won’t get me for her shoddy works again didn’t want to allow me go. I also insisted on leaving so she said I was no longer her responsibility. I started working on the farm for other people to make money for myself.

Because I could not always stay hungry, I do buy food on credit so that when I get some job, I payback. I became fond of buying on credit so on my usual routine to buy on credit one afternoon, the vendor shouted at me even before I got closer to say my reason for coming that “agbana tor vor ” meaning the one for credit is finished.

My peers around used this as a name for me and gradually it became my name in the community. But despite my hardship, I never begged for food. I saw begging as something that will make me look more poor so resorted to hardwork. Heaven they say, helps those who help themselves.

Anywhere I passed, people called me Agbanavor. Upon all these, my Aunty will not let me have peace. I just didn’t know what exactly she wants from me. I was gradually turning into a wayward child. Hmm to grow up without both parents around could be something else. Always be thankful to God if you have your parents around you. Even if they don’t have, their presence alone is enough. You may get their advise and guidance.

Are ghosts real? One day, I saw someone look like my father but I don’t know if he was a ghost or I was hallucinating. Interesting days ahead. Follow me to the next episode to appreciate the irony of life.
To be continued…