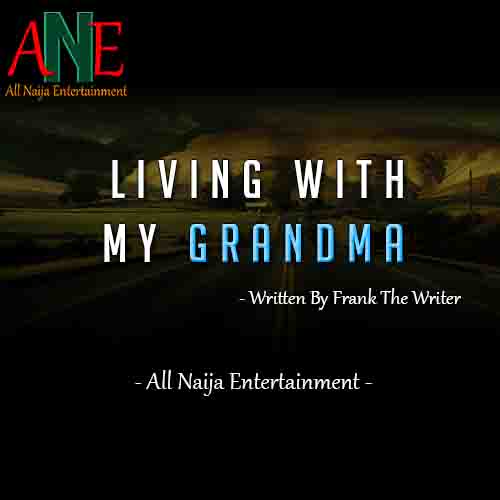 The following week, Kate was finally back from the weekend. During one of her early morning checkups on me, I opened up to her about my plight. I told her everything Meska said. I needed to hear someone else’s opinion. Kate was mute for some seconds after I narrated my ordeal.
When finally she cleared her throat, she said he has the right to know if he is the father of my unborn child. She also said I shouldn’t go back to Meska just like that, or else I’d end up regretting my decision.

Kate said and I paraphrase: “What if he didn’t meet you at the cyber café? What if you tell him he’s not the one responsible? Do you think he would want to continue?” She went on with so many “what if” questions that she seemed to be offended by Meska’s action. It was as if she was taking it personally and I felt she was pained.

Well, that wasn’t all from Kate. She still said I should follow my heart, so it wouldn’t seem as if she was the one that made decisions for me. I could tell from her words that she didn’t want it to be obvious she didn’t like Meska. I appreciated her thoughts and suggestions too.

Truth is, my mind was long made up not to have any business with Meska again even though I still missed him as my first love but going back to him was something I dreaded so much. It felt like going back to my vomits. Though I have watched movies and read books in which the protagonist eventually ended up with her ex-boyfriend after a terrible breakup. Well, people are different and unique and I felt I couldn’t deal with going back to Meska after what he did.

So I did exactly what Kate had said to me. It was during one of his regular WhatsApp pestering that I told him I was carrying his baby. Meska was so excited. He used all manner of stickers to express how he felt. I was just wondering why he was excited. While he texted in two lines, I replied reluctantly in one line. I used words like, Okay, yeah, I don’t know, don’t ask me.

Not even a single emoji accompanied my texts. He was busy writing epistles, asking when he would see me again. He said he needed us to talk, do this, and that. I should send him my address. I shunned him to keep off from me, that he shouldn’t bother looking for me because he wouldn’t succeed.

He kept holding on to the fact I was carrying his baby to the extent I regretted why I told him earlier. Maybe I shouldn’t have informed him
For good two days, Meska texted me morning and night, trying to rekindle the fire but little did he know the ashes had been watered with a bucket of water. I can’t explain what came over me that I was able to shut off the feelings to go back to him. Maybe I didn’t want him to add to my problems.

I eventually blocked him on WhatsApp and blocked his line too. It was not something I planned on doing but he pushed me so hard that I felt it was the best option and I didn’t regret blocking him. He was always calling me on WhatsApp and video calls too, he was becoming a nuisance, so I stopped him from messing with my mental health. If not for anything, for the sake of my studies and well-being. I deserved some peace of mind.

That was how Meska and I stopped communicating, and whenever an unknown number called, I simply ignored it. I felt he was the one.
So, one day when I doubted my instincts, I answered a call from one of the random numbers that had been calling me, lol, and behold, it was his voice that pierced through my phone. I hanged up immediately and blocked that one too. He finally stopped calling.

He wanted me back but I didn’t want him as much as he desired and longed for me. The thought of him betraying me despite all I did for him made me feel he doesn’t deserve a second chance. Maybe later, but not now that I’m faced with school challenges and hurdles, I said to myself.

My first semester at Unizik wasn’t an easy ride. But even though I felt uncomfortable, I was determined to succeed in my studies. I tried my best to ignore the judgment around me and focus on school. I wanted to set a good example for my unborn baby. I wanted to show him that it’s important never to back down from a challenge. There is no such thing as giving up. So I stood strong enough despite all odds.

Darlington visited one of the weekends. He came on a Friday evening and left the next day because nobody was staying with grandma. While he was with me, we talked and laughed out loud. I had always enjoyed his company. At night, he opted to sleep on the floor but I pleaded for him to share the bed with me but Darlington said he was fine with the floor, I gave him one of my wrappers, so he used it.
I’m sure you understand what he was trying to avoid. Yes, he didn’t trust himself enough to resist me and I respected him for that.

Fast forward to eight months of my pregnancy, it was becoming more intense and challenging by the day. It was my first time and it was hellish. Pregnancy comes with sleepless nights and unsteady health conditions.

My second-semester exam was in two weeks. So I went to my course advisor. I told her I was likely to withdraw and come back later. But she encouraged me and asked me to be very strong for the remaining days of the semester, so the withdrawal would make sense. My initial plan was to withdraw and come back the following year but she said I’d have to start all over again if I didn’t wait to write my second-semester exam. And that would automatically make my first semester a waste.

That was what gave me the courage to continue. My course advisor was incredibly supportive. Dr. Mrs. Catherine Akuchukwu, if you’re reading this, I want you to know that I love you, ma. God bless you for being supportive in my university days at Unizik. I’m grateful for everything you did for my sake.

Without her, I wouldn’t have had the courage to continue. She later prayed a short prayer with me in her office and assured me that my unborn baby would open doors for me since I didn’t terminate him as others would do. Yes, him! That was according to the doctor, but I’d wait to see if their scan was right. I was equally expecting a baby boy, too. Don’t ask me why.

I called my mom and informed her of what my course advisor said because she was the one who asked me to withdraw and come back later. There was nothing she could do rather than encouraged me to finish up since my exams would start in two weeks. Yet I didn’t hear from my father. I didn’t call him too. I hated being scolded or shouted at, so there was no need to invite it myself.

During the second semester exam, the investigators were kind enough not until the second to the last day of the examination, shit happened. I don’t think I’ll ever forgive that man with a bicycle head for making me fail one of my courses. He stubbornly submitted my answer script when he caught me looking into one of my colleague’s paper. Despite my pleads and that of my course mates. He remained adamant.

This man submitted my script forty minutes after we started and my script was still empty. It was one of those things I faced as an undergraduate.
The last day of my second-semester exam was the day I bumped into Meska again. This time he was with his coursemates in a flashy car. They all wore the same clothes, celebrating their last paper as an undergraduate. They were jubilating and applauding themselves for starting and finishing together. It was about eight flashy cars in a convoy. His department was more of boys, just a few girls.

Well, Meska saw me and I saw him too, but we didn’t say anything to each other. He gave me that look that justify he wasn’t pleased with me but I wasn’t moved. I got to where they were and went my way and didn’t bother looking back.

The end of the second-semester examination meant the end of year one. Unizik academic calendar was also fast and there was no ASUU strike that year. I was grateful to God for seeing me through. I thanked Kate for being supportive too.
I went home two days later with my almost due belly. I didn’t go during the day. I waited till evening before I left Awka. I came back around 7 pm and was excited to see Grandma and Darlington again. Home sweet home. I was glad.

Five days later, aroun5 am, I started feeling unusual. It was so intense that Darlington rushed to call Papa Ada, one of our neighbors who owned a car. Darlington helped me get into the car. I was so weak. Grandma was standing with her rechargeable lamp. She was supposed to go to church that morning but she joined us as we headed toward the hospital.

Long story short, before 6 am, I was delivered of a bouncing baby boy. He was damn heavy. I can’t remember vividly what he weighed. It might seem so simple I said I was delivered of a baby boy, trust me, it wasn’t an easy ride. I went through distress and anguish. But I was thankful to God it was successful and didn’t involve surgery.
Ziggy, welcome to motherhood, I said to myself while I lay tiredly on the hospital bed.