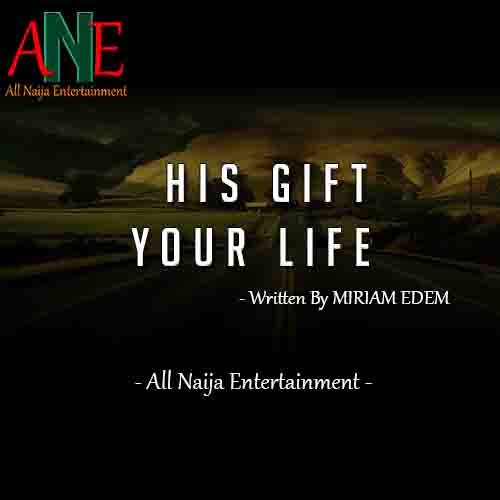 After a few minutes, Simeon began feeling tipsy.
“Don’t you think we should be going? It’s getting late and I’m getting drunk” Simeon said.

“Relax after all you’re not the one driving, I just want to calm your nerves because you look nervous” his friend replied and engaged him in more conversation and drinks until he was satisfied. He helped the drunk Simeon into his car and drove off.

Simeon woke up in the middle of the night with his head heavy. He saw himself in a strange place where men with black robes sat on the floor surrounding him and he recognized his friend among them.

“So you’re finally awake!” A loud voice said but Simeon couldn’t see who.

“What happened Joe? What’s going on?” Simeon fearfully asked his friend who was quiet with a no-expression look on his face.

“Draw forward!” The loud voice commanded Simeon and he tried standing up but staggered.

“Come forward!” The voice commanded again and Simeon had to crawl to where the voice emerged from.

“What do you want? Make a request” the voice said and Simeon looked at his friend who nodded at him.

“Money, I need bastard money that will end insult in my life. Excess of wealth, I want to walk in the land of prosperity, I want to eat from the plates of gold, I want to sleep on the bed of silver” Simeon blurred out at once and the voice laughed loudly. The men in black robes joined in the laugh also as Simeon looked at them wondering if he said anything wrong.

“You won’t be told, it’s not in your place to know ’cause your request has already been accepted. Bastard money you shall have and the bed of silver you shall sleep on” the voice replied and his friend stood up holding a small calabash and an egg for him.

“Drink this to confirm your request,” Joe said and Simeon looked into the calabash.

“Is it another wine?” Simeon asked.

“Drink up!” The voice commanded and Simeon drank up with his face portraying detest to what he drank.

“Swallow up,” Joe said referring to the egg and Simeon shook his head.

“Does it look like you are served with an egg? You have no choice here stop behaving like a child” Joe whispered in his ears.

“Unpeeled?” Simeon asked but Joe kept looking at him and Simeon slowly took the egg and swallowed it and they roared in laughter together.

Simeon began to cough loud holding his neck as he tearfully looked at his friend who was laughing hard at him and everything became blackout.

Simeon woke up on his bed and saw his wife dressing. He sat up immediately confused and his wife looked at him,

“Are you? Don’t tell me you’re sleep talking” his wife replied.

“Oh, very interesting question, how did you get home my husband? I also want to know the answer to that question” she replied.

“What do you mean by that? Can you tell me what’s going on because I can’t remember coming home” Simeon said.

“Did you had another place to sleep for the night? I want to know what’s going on and why you’ve suddenly turned into a drunk. Why were you found on the street throwing up like a drunk, when did this start!” His wife shouted.

“On the street? How come?” Simeon asked coming down from the bed as he tried to remember where he was.

“You can’t remember anything? Then your friend owes you an explanation because he took you out of this house and I won’t take this any longer! I should not see his legs here again” his wife warned and angrily left the room and Simeon sat on the bed confused.

He only remembered being in the bar drinking with Joe and nothing else. To clear his head he took his phone dialing Joe’s number but it was switched off, he tiredly laid down to rest.

His children voice woke him up and he suddenly felt like throwing up. He quickly ran outside while his wife protected the children to be pushed down by him.

“Are you okay?” His wife asked when he came in but he shook his head.

“What about this your friend? What did he give to you?” His wife asked.

“I don’t know and I don’t understand my body at all. I feel so full and uncomfortable” Simeon replied.

“You didn’t touch your food, let me warm it for you so you can eat and have your strength,” his wife said helping him to sit down.

“But you’re getting weak, please stop making me scared,” his wife said but Simeon laid down back while his wife ran outside to get some water and clean him up.

In the evening Simeon began to feel better and had something to eat. His wife was relieved but what they didn’t understand was why Joe’s number kept singing switched off whenever they tried.

“Where did you go with Joe?” His wife calmly asked and he looked at her.

“Just for a drink” he replied and bowed his head.

“You’re not telling me the truth and you know it, for crying out loud you know you’re not strong when taking hard drinks yet you let it overwhelm you,” his wife said and he heaved.

“I’m sorry,” Simeon said and his phone began to ring and it was a strange number.

“Hello” he picked up.

“It’s Joe, I’m almost close to your street can you come out?” Joe asked.

“Are you crazy? What happened to your number and what……. ” calm down Simeon and don’t mess up. Leave the House now if you want to know more, I’m waiting” Joe cuts in and dropped the call.

“It’s Joe? What does he want again?” His wife asked.

“He wants me to meet with him” Simeon replied.

“No way, you are not leaving this house, you are going nowhere!” His wife shouted and locked the doors immediately.

“Can you calm down already? I am not leaving the house, I’m not stupid okay” Simeon calmly said.

At past 10 pm when everyone was asleep, Joe’s call came on the phone.
“What do you want? I am not coming! Simeon said.

” you’re not doing what? Have you forgotten what you did yesterday, you better meet up with me now else you’ll be sorry” Joe said and a little flash of where he was reflected in his head and Simeon gasped and left the room.

“Where are you?” Simeon asked.

“What do you mean by that?” Simeon asked but Joe dropped the call.

“Shit!” Simeon said folding his fist and quickly put on his clothes and left the house.

He met with Joe in the car,
“What’s going on? Why did you abandon me on the street how is that fair?” Simeon asked but Joe drove off.

“Hey, where are you taking me to? I need an explanation and not drinks!” Simeon shouted.

“And you need it on the street? Are you crazy?” Joe asked and Simeon swallowed.
To Be Continued… . . .