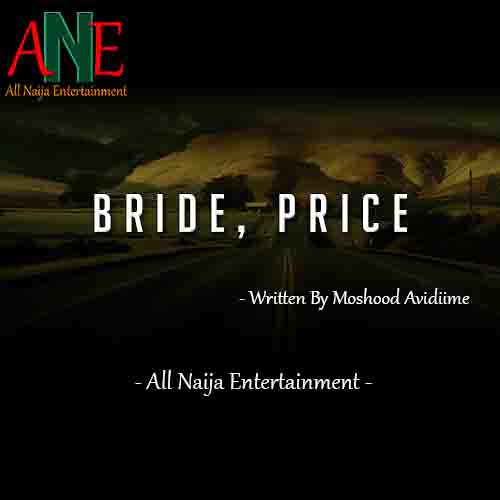 “Sorry, who is Samson, Sir?” I asked, bemused.
.
My father turned towards his wife (who was now looking away, trying to avoid his gaze) then back at me. He cleared his throat and went on to tell me how Samson is a family friend that has always had eyes for me. He said Samson was from a very reputable home; Samson was well to do and isn’t out to play games.

Father said that he wouldn’t even consider our union if he wasn’t sure that Samson would make a great husband.

Father said that I didn’t need to make any hasty decisions.

He was kind enough to give me till the next day to come up with a response.

Father had gone on and on telling me beautiful things he knew about Samson.

He ended his very long speech by stressing how all of the things he’d mentioned are the most important thing any woman ought to look out for in a life partner.

Father suggested that Samson and I went on a date, to at least get to meet; get to know ourselves.

“I didn’t even need to think about this, mama. There is no chance in my heart for any other man. I already have a man in my life and he shall be my husband. He might not be ready to come over right now, to see you and papa but I am going to wait for as long as it takes him to be ready”. I hissed at my mother, shortly after my second date with Samson.

I’d indulged Samson, just to make my parents feel like I actually tried to make things work with him.

They had emotionally blackmailed me enough not to have seemingly yielded.

Our first date was not so bad. As expected, Samson was best behaved.

You know how it normally goes when two people who are looking forward to starting a relationship finally meet for the first time, yeah?

Shey you know that our true sides gradually unfold the moment we begin to get comfortable with each other.

That was exactly the case with Samson.

Samson appeared sweet on this first date. He appeared very reasonable too.

He seemed to be a great listener.

Samson and I spoke about a lot.

While he genuinely appeared interested in me and seemingly wanted to make things work, I on the other hand was looking for the first thing to pick up on; to hold on to as the reason Samson and I “wouldn’t work out” but he was so smooth; too smooth.

The only reason I left that table; that night telling myself was the reason I could never be with Samson is that I already have a “love of my life” and no one could ever take his place.

Samson and I spoke on the phone the days that followed.

There was always something to talk about with that guy.

I won’t lie, for a split second, I actually imagined “something” with Samson.

Then we went on that second date and I got a glimpse of what could be my future with the monster, if I am unfortunate enough to accept his proposal.

At the time it was “what could be my future with Samson” but here I am, living that future; married to the same man; the same monster.