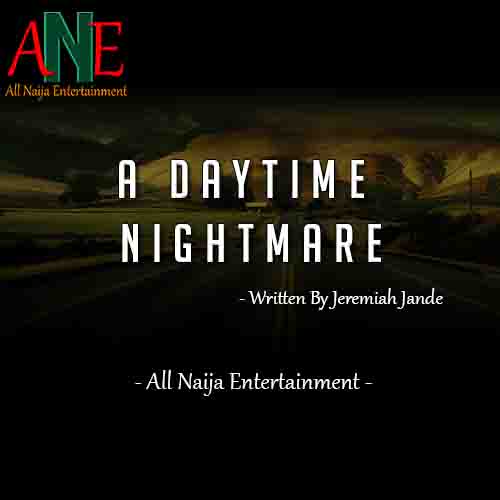 You have never truly known pain until you have watched someone you love, walk away from your life and you couldn’t do anything to stop them from leaving and moving on. Do you know how painful and emotionally draining it is to see someone you love in a happy relationship with another person? The torture and pain of watching another person make them smile and give them the happiness you couldn’t measure up to? That alone is capable of sending a person six feet(6ft) below the ground. Tony was faced with a heartbreaking situation of watching his wife move on to seek happiness elsewhere since he was down with HIV; with low chances of ever having kids with her.

Most people might call Becca names or accuse her of not being a faithful wife till the end, but who could blame the poor lady for doing what she felt was right for her; especially when Tony brought it upon himself. It wouldn’t be fair to Becca if she lived the rest of her life taking care of Tony and never experiencing motherhood. She needed to move on and search for happiness wherever she could find it.

Finally, Becca had let the cat out of the bag by telling Tony that she was seeing someone else. That fact that they were still legally married and not divorced yet, made the whole situation a bit awkward and difficult. Despite the fact that they hadn’t being living together in the same house nor fulfilling their obligations as married couples, Tony still felt they had a chance of fixing their relationship and making things work. He didn’t have a clue that Becca had no intentions of returning back to him; not because she didn’t love him again, but because her Forever happiness was at stake. Poor Becca!

To be honest, what they had at that point wasn’t Love again, but rather Pity. Becca felt pity for Tony’s condition and had a sense of responsibility to be there for him through those trying times. The fact that HIV was incurable and a lifetime threat to his health and life, made her feel more Sorry for him. She wanted to be his ride or die even though they weren’t a couple anymore.

On the other hand, Tony was low-key aware the Becca’s love for him wasn’t the way it used to be, but felt she was taking her time to digest the new reality he shoved down her heart. He was aware that she had been a bit distant from him but wasn’t that bothered because she was still in his life regardless. It was that day that it dawned on him that she had plans of moving on to other people. He didn’t see it coming at all. After digesting the shocking revelation, he finally managed to speak.

“You are leaving right? If you do then there isn’t any need for me to still be alive, I might as well just die off” Tony soberly said. There and then, Becca immediately chipped in to counter what he said. “Don’t say that, you have a lot of reason to be alive and not solely because of me. You still have a purpose to fulfil here on earth; with or without me in your life as your partner. I love you so much and you know this, but at this point, love isn’t enough to make me stay with you. Just take a look at me; I am just 32 years old and have a lot ahead of me. I can’t put my life on hold just because of you. I want to have children and clearly you can’t make that dream come true, so what am I supposed to do? Give up on another chance at happiness just for the sake of being a supportive and faithful wife? I don’t think so. As much as I don’t want to play the blame game, but you brought this upon yourself and us too. You were the one who defiled our marriage vows and threw what we had outside the window. In as much as I never imagined that this day will come, it’s just sad that it has come to this” Becca sadly said.

Just when Tony felt he had experience the worst of pain, Becca just introduced him to a whole new level of pain with what she said. At that moment, he was numb and didn’t even know what else to say or do. He bent his head downwards as his mind travelled down memory lane of when things used to be heavenly in his marriage. It was quite sad that their once lovely marriage had hit the rocks. It would take God’s intervention for Tony to survive the trauma he felt due to that.

On seeing that Tony wasn’t responding to the conversation anymore, Becca felt it was time to take her leave. “I will be leaving now, would call you tomorrow” she said and walked away. When she was out of sight, he burst out in tears. He cried bitterly like never before and felt totally empty. Life felt meaningless to the young man and depression began to set in again after some time.

While Tony wallowed in depression, Becca was busy enjoying her best life with the new man in her life whose name happened to be Benjamin. This guy was a perfect example of everything she had always wanted in Tony. He put her first and never gave her any reason to feel like she was a minor priority. He was always thoughtful in anything he did and was very mature.

As time passed by, Becca gradually began to give less attention to Tony and more attention to Benjamin. It wasn’t really intentional because she always had one activity or the other to do with Ben. Whenever she had any spare time, she would make sure to exhaust it on Tony.

Due to the drastic decline in attention, love and care from Becca, Tony began to be careless about anything that concerned his health and well being; in short, he gave up on himself and preferred to die. As a result of this, he began to skip meals and totally stopped taking his Anti Retroviral Drugs to help combat the HIV and keep him in good condition.

Months passed by and Tony continued to neglect his health. Neither Becca nor his family members were aware that he stopped taking his medications. After a while, he lost drastic weight and developed one illness or the other. It was then that outsiders started noticing that something was wrong with his health, because the lack of medication made it obvious. Sadly, something drastic happened one fateful day.

It happened that Tony went for a business meeting and collapsed half way into the meeting. He was rushed to the hospital and wasn’t responding to treatments. The doctor on duty asked for series of test to be ran because he suspected something. It took a while for the results to come out and by that time, Becca and Tony’s parents were present at the hospital.

After waiting for a while in fear, the doctor walked up to them and requested for his family members to step forward and follow him to the office. Becca and Tony’s parents followed the doctor; while every other person stayed back in the waiting room.

Immediately they entered the doctor’s office, he didn’t want to waste any time because the condition at hand was a serious one. But before he could say anything, Becca chipped in; “Doctor if it’s because of the HIV that you have called us here, we already know he’s HIV positive” she casually said. If only she knew that something bigger than HIV was now on their plate.

The doctor took a deep breath and sighed. He sadly looked at them and dropped a shocker; “I wish we were dealing with only HIV here, the sad news it that he now has AIDS and might be gone anytime from now” he sadly revealed.

In great shock and panic, Becca screamed “What! No not Tony”.
To Be Continued….