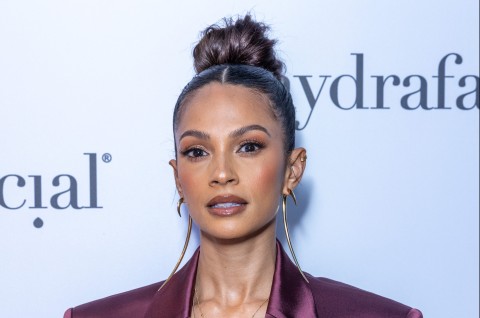 Alesha Dixon took a gamble by quitting her management – but she says the risk paid off.

In an exclusive interview with Guilty Pleasures, the Britain’s Got Talent favourite opened up about why she wanted to fly solo.

‘I decided to represent myself, so I started 2022 independently, set up my own business,’ said the former Mis-Teeq singer.

‘To go it alone, so to speak, take hold of the reins and do  it all was quite scary, but  I feel energized and excited by it.’

Alesha, 44, added: ‘I’d had a manager for 14 years and I think we had a fantastic run, but we’d hit a glass ceiling… you just grow up and say, “I’ve been in this industry a long time, I know what I’m doing”.’

Earlier this week, Alesha was due to attend the Glamour Awards – but suffered a wardrobe malfunction. ‘My tailor had cut the lining of my dress too short, exposing me – and she couldn’t repair it. I didn’t have a back-up plan, so I ended up getting a bottle of wine with my sister, watching I’m A Celeb in bed,’ she laughed.

Tickets are available now at bigbash2022.com