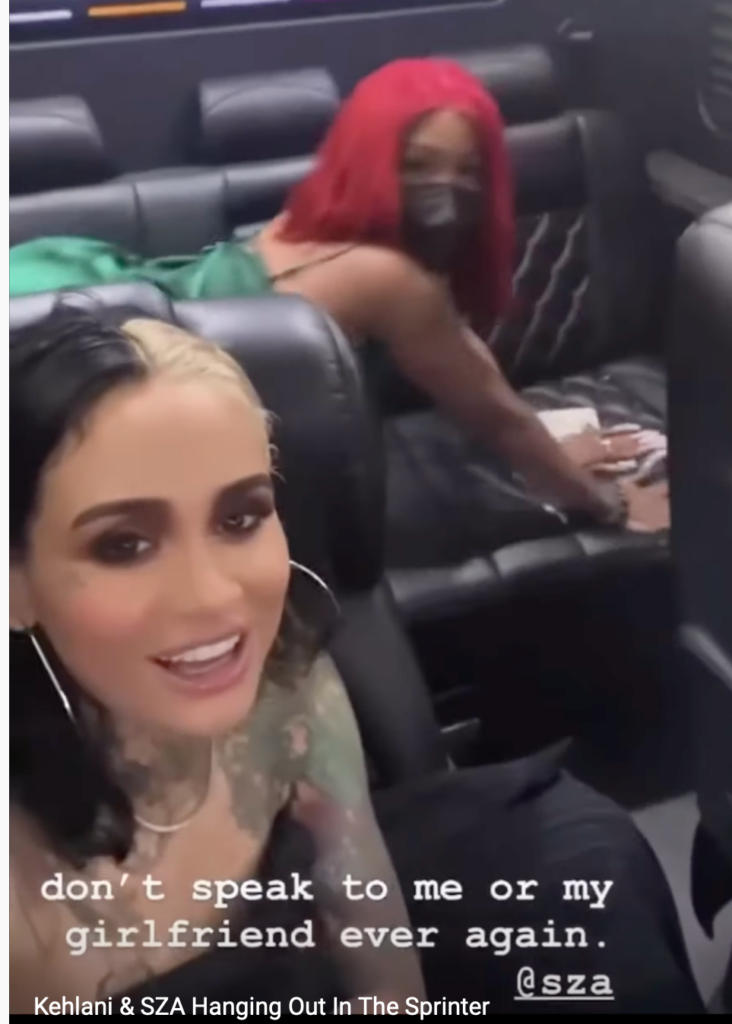 R&B singer Kehlani came out as “fluid” two years ago, meaning that they (she refuses to go by the pronoun “she”) romantically dates males and females. Over the weekend, Kehlani was caught flirting with one young lady at their concert.

The problem is that the young woman, according to social media reports, is just 16 years old, Media Take Out is hearing.

Kehlani, who is 27 years old and a mother herself, picked the teenager out of the crowd. The light skinned singer then started singing to the child, and flirting with her. And at one point, Kehlani even jumped on the guard rail and began gyrating towards the young woman.

i can’t tell if i wanna be the first girl or the second girl SKFKDLDL pic.twitter.com/jEnQuOvjlT

Social media users are blasting Kehlani – for doing too much on a high school student.

Kehlani is a singer, songwriter, and dancer. Kehlani is originally from Oakland, California, and achieved initial fame as a member of the teen group Poplyfe in 2011.

In 2014, Kehlani released their[a] first commercial mixtape, Cloud 19. The mixtape was listed as one of the Complex’s “50 Best Albums of 2014.”Their second commercial mixtape, You Should Be Here (2015), debuted at number 5 on the R&B/Hip-Hop chart. In 2016, they were nominated for the Grammy Award for Best Urban Contemporary Album for You Should Be Here. Kehlani released their debut studio album, SweetSexySavage, in 2017.