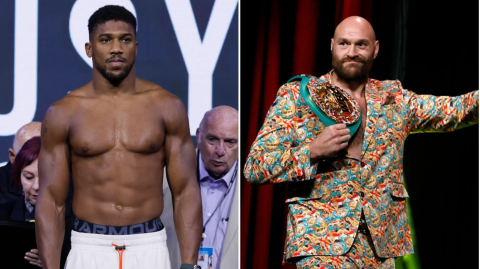 According to Frank Warren, Tyson Fury‘s promoter, the long-awaited fight between the British-Nigerian Anthony Joshua and himself is 90% complete, and everyone engaged in the “Battle of Britain” wants it to happen.

Fury has made a series of U-turns in the last few months starting with his decision to retire following a sixth-round stoppage of Dillian Whyte in April, and originally sought a unification fight against Oleksandr Usyk who beat Joshua in Saudi Arabia last month to retain the world heavyweight titles.

However, the Ukrainian’s reluctance to fight until 2023 due to family concerns led Fury to offer Joshua the chance to face off for the WBC heavyweight belt.

On Tuesday, Joshua’s management team 258 revealed the terms of the fight had been agreed last week, only for the passing of Queen Elizabeth II to delay confirmation.

Warren says there is still work to be done on the bout which is currently projected to take place on December 3, but does not anticipate any issues stopping the Battle of Britain.

“The contracts are on their way,” Warren told talkSPORT. “I’m not going into great detail about this, because we saw what happened last time around with people making statements and so forth, and it all fell apart.

“This fight won’t be on until it’s signed, but everybody wants it to happen.

“The basis of the deal, 90 per cent of what counts, is okay, 10 per cent we’ve got to sort out. There aren’t any obstacles in the way, so hopefully very quickly we can get it over the line.”

“When you’re a promoter, you’re an optimist. That’s what you do. You’re in the business of trying to make events happen, so we’re all excited by it.

“I’m excited about it as a fight, because I always felt that Tyson has the beating of AJ, and now we’re going to find out if we get this over the line.”

While Fury is unbeaten in his 33 professional fights, winning 32, Joshua has suffered three defeats in his last five bouts.