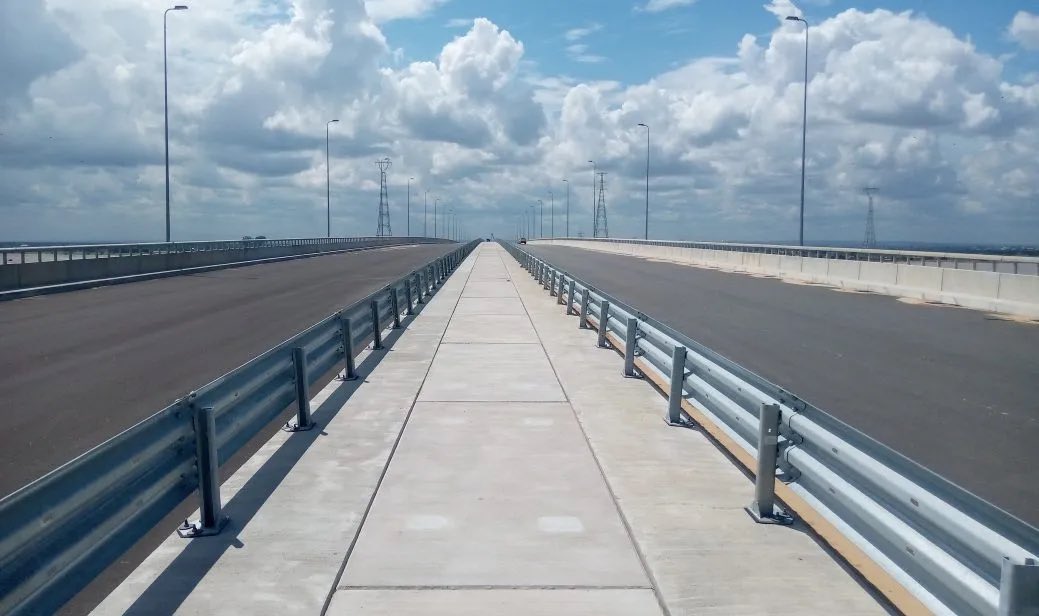 The federal government says the Second Niger Bridge will open to traffic on December 15.

Jimoh Olawale, federal controller of works in Delta, made this known in an interview on Wednesday.

He, however, said that the bridge would be open for only 30 days.

According to him, Babatunde Fashola, minister of works and housing, ordered the opening of the bridge, which is 95 percent complete, to ease traffic during the Christmas and New Year celebrations.

“As we know, during the Christmas celebration, commuters suffer hardship accessing the old Niger Bridge due to traffic jams but with this arrangement, traffic congestion on Asaba-Benin Expressway will ease,” Olawale said.

“We have notified the state government of this arrangement and we are working with the Federal Roads Safety Corps to ensure a hitch-free vehicular movement.

“Motorists going towards Owerri direction would divert through the access road near the old Niger Bridge to the new bridge.”

Olawale debunked claims that the federal government had abandoned the payment of compensation to property owners along the access road to the second Niger Bridge.

He explained that the government had not taken possession of any property along the 17-kilometre Okpanam-Ibusa-Asaba-Oko bypass to the new bridge, but only served notice that their structures were within the government right-of-way.

The controller said that the modalities for payment of compensations were being worked out.

“The federal government has appointed a consultant, Messrs C.O. Akpabor and Company to enumerate the properties for compensation,” Olawale said.

“Each claimant has an attorney that liaises with the consultant, so there is no need for protest, more so that the federal government has not taken possession of the properties nor commenced construction work on the access road.

“At the moment, nobody’s structure or property has been demolished.

“The federal government verification team have visited and submitted its report to Abuja and the government will pay all compensation before work will commence on the access road.”

Olawale assured that the government would complete construction work on the 17km access road before May 29, 2023.

In October, Fashola said the link roads to the bridge were still under construction.

“Second Niger Bridge is completed. What is remaining is a 4km interchange road at the Asaba end and 2km out of a 7km link road at the Onitsha end,” Fashola said the link roads to the bridge were still under construction.