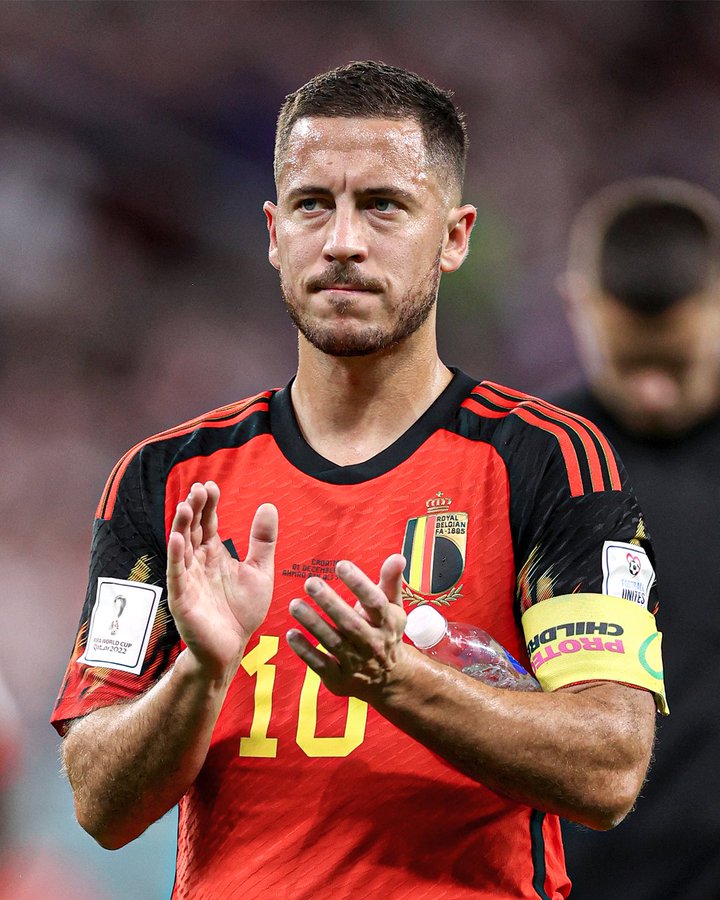 Eden Hazard has announced his retirement from international football in the wake of Belgium’s disappointing performance at the World Cup.

The Red Devils were underwhelming in an opening 1-0 win over Canada but defeat to Morocco and a draw with Croatia saw them exit Group F.

Head coach Roberto Martinez, who four years previously had led Belgium to the semi-finals in Russia, confirmed his departure after that game.

Real Madrid winger Hazard has now also called time on his spell with the national team, announcing his decision on Instagram.

“Thank you for all this happiness shared since 2008. I have decided to put an end to my international career. The succession is ready. I will miss you.”

Hazard was part of a team dubbed Belgium’s ‘Golden Generation’ alongside the likes of Kevin De Bruyne, Romelu Lukaku and Thibaut Courtois.

The former Chelsea star racked up 126 caps for his country and scored 33 goals, making his debut as a substitute against Luxembourg back in 2008.

His first experience of an international tournament came at the 2014 World Cup where Belgium made the quarter-finals, and he skippered his country at Euro 2016 in the absence of Vincent Kompany where they again lost in the last eight – this time to Wales.

A 1-0 defeat to eventual champions France curtailed their run in Russia four years ago and more quarter-final pain was in store at the hands of Italy at last year’s rescheduled Euro 2020.

Belgium’s campaign in Qatar was beset by rumours of rifts in the camp, with Hazard himself suggesting the team’s best chance of success was in 2018 – a suggestion echoed by De Bruyne, who said the age of the squad was too old to compete.