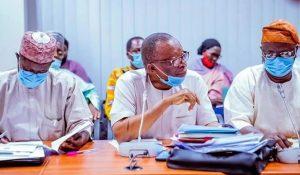 The National Executive Council of the Academic Staff Union of Universities (ASUU) is set to hold a crucial meeting over the lingering industrial action.

All-night showdown: According to The Punch, the scheduled meeting will commence on the evening of Thursday, October 13, 2022, and is expected to last overnight.

The meeting, which will have the leadership of the union present was summoned to allow ASUU leadership take a final decision on the ongoing strike.

How it started: Pulse reports that ASUU halted academic activities in government-owned universities on February 14, 2022, over Federal Government’s refusal to honour several agreements between the two parties.

However, after series of failed negotiations with the union, Minister of Labour and Employment, Chris Ngige, approached the National Industrial Court over what he termed “irreconcilable differences.”

ASUU lost in court: The court ordered ASUU to return to classrooms immediately but the union filed an appeal at the appellate court in Abuja.

However, Appeal Court refused to grant an hearing as the judge ordered ASUU to comply first with the lower court ruling, this was after the court had earlier advised the union to explore an out-of-court settlement with the federal government.

In what seems like end of the road for ASUU, branches of the union on Wednesday, October 12, held congresses to decide their next line of action.

What’s next for ASUU: The Punch quoted an ASUU top source who revealed that the scheduled overnight meeting would afford them enough time to deliberate and reach a conclusion, but refused to confirm if the union was ready to call off the eight months old strike.

The source’s word: “We will have a meeting today and it will last overnight so that we will be given enough time to deliberate and make a conclusion.”