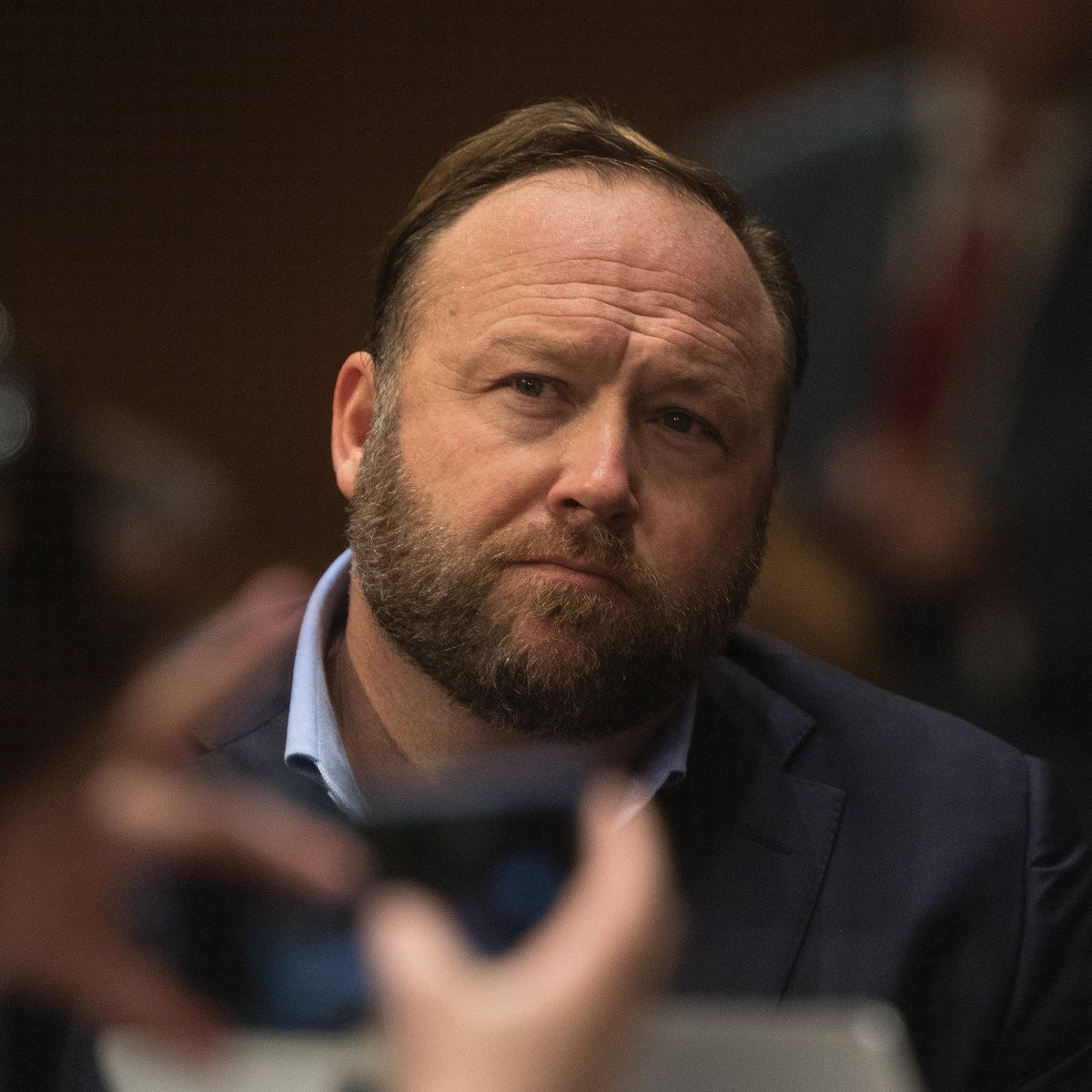 Despite allowing the likes of Donald Trump and Kanye West back onto Twitter, Elon Musk draws the line at Alex Jones.

The controversial conspiracy theorist was recently ordered to pay $1.2 billion in damages to victims of the Sandy Hook school shooting.

Jones used his platform Infowars, to claim the shooting – in which 20 children and six adults died – was a hoax.

Many called for him to be reinstated but Musk stood firm.

The billionaire wrote that his first child had died in his arms and he had ‘no mercy’ for anyone who ‘would use the deaths of children for gain, politics or fame’.

Nevada Alexander Musk was only 10 days old when he in 2002 and Musk said he ‘felt his final heartbeat’.

My firstborn child died in my arms. I felt his last heartbeat.

I have no mercy for anyone who would use the deaths of children for gain, politics or fame.

Despite being reinstated, Donald Trump – one of Twitter’s most notorious users – has yet to tweet.

His return reverses a ban that kept the former president off his favourite social media platform in the wake of the deadly riot on January 6 2021.

Musk made the announcement after holding a poll asking Twitter users to click ‘yes’ or ‘no’ on whether Trump should be allowed back.

Trump has been allowed back onto Twitter after all

‘The people have spoken. Trump will be reinstated. Vox Populi, Vox Dei,’ Musk tweeted, using a Latin phrase meaning ‘the voice of the people, the voice of God’.

It is not yet clear whether Trump would actually return to Twitter.

A constant tweeter before he was banned, the former president has previously said he would not rejoin Twitter even if his account was reinstated.