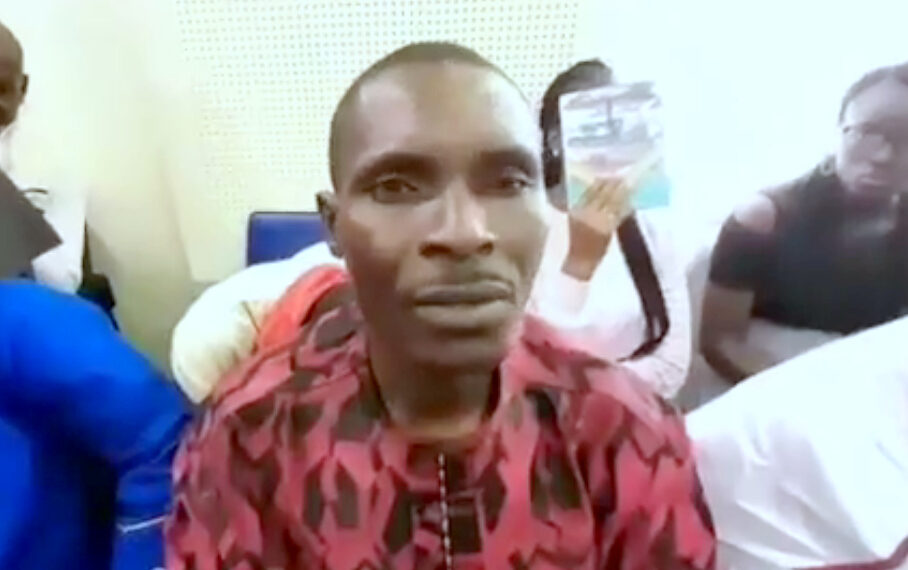 One of the clergymen who attended the unveiling of Kashim Shettima as the vice presidential candidate of the APC, has reacted to the controversy that trailed their attendance.

In a video posted on social media,, Igbokwe Prince, the senior pastor at Yoke Breaker Prophetic Ministry, Abuja, said they attended the event held at Shehu Musa Yar’Adua Centre on Wednesday, because of their respect for the position of the party on Muslim-Muslim ticket.

He said most of the clergymen at the event had backed Yakubu Pam, the Executive Secretary of Christian Pilgrims Commission, as vice presidential candidate of the APC, but that when that option failed, they had to respect the decision of the APC on same faith ticket.

Mr Prince said Christians should accept that APC took the decision to win the election. He warned that religion should not be mixed with his politics.

“Christian communities and Christian organisations —I don’t think they are political parties. What the party (APC) has done is in the best interest of the party because every political party wants to win an election.

“We protested severally, we supported Rev Yakubu Pam, a Christian, the Executive Secretary of the Christian Pilgrimage Board, to be fielded as a running mate, the party decided what is best for them to win the election.

“When you bring religion inside a political party, it will definitely not augur well— not give them the edge to win an election,” he said.

Controversy
PREMIUM TIMES reported how some men in cassocks on Wednesday attended the unveiling of Mr Shettima as the vice presidential candidate of the APC.

The presence of the cassock-wearing participants suggested some Christian leaders are in support of APC’s Muslim-Muslim presidential ticket in spite of opposition by the Christian Association of Nigeria (CAN).

CAN has since disowned the men, saying they were impostors hired by the APC to fake a Christian-community support for the Tinubu-Shettima ticket.

However, the Tinubu Campaign Organisation, in a statement, debunked the claim of hiring the clergymen.

Criticism continues to trail the decision of the party on the choice of Mr Shettima as running mate.