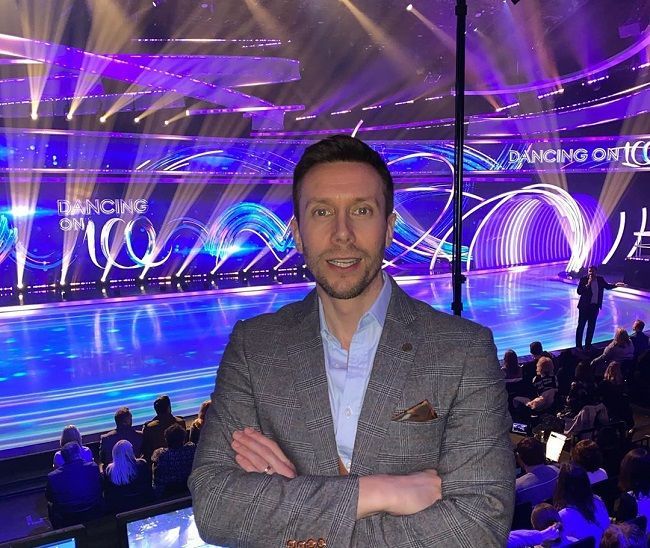 Football commentator Sam Matterface, 44, on England at the World Cup in Qatar, ‘funny’ Roy Keane and the lack of rivalry with Guy Mowbray.

It’s not coming home, is it?

The Nations League in the summer, which was disastrous, came on the back of a huge season. Declan Rice played 68 games last year and then was asked to play four matches in 12 days in the summer. It’s too much.

Using those as an indication of what’s to come is probably going to be inaccurate. I don’t think England are going to blitz the tournament and win easy. They’ve got an opportunity to do something special because they’ve got great front players.

The problem England has is the defence isn’t as solid as you would like. They are missing two of their best defenders in Reece James and Ben Chilwell. It’s going to be difficult.

We’re probably towards the end of the Gareth Southgate cycle in that they’re closer to the end of his tenure than they are to the beginning. So it’s now or never for him.

Southgate is coming under pressure from England fans. Fair?

It happens to all England managers eventually. People get a little bit frustrated. But you’ve got to remember how far England have come under Gareth. From 2016 when Sam Allardyce had to resign after one game in charge all the way to a European Championship final.

The way he’s had to handle an England team in the middle of the pandemic, the social issues he’s been able to tackle, almost acting as an unofficial spokesman for the country.

Gareth Southgate should be applauded, Sam says, for showing leadership and common sense during some difficult times

Why is the England manager being asked so many of these very deep societal issues? It’s because of the lack of leadership elsewhere and he provided calm-headed guidance. I think that should be applauded.

How will ITV be addressing the controversy over Qatar hosting the World Cup?

The key thing for us is to remember is it’s a football tournament, and we will concentrate on broadcasting the football. But we are not going to shy away from anything that happens while we are in the country.

The first show we do will concentrate on why we are in Qatar and the reasons behind the protests and controversy. We’ve spent a lot of time making sure our coverage reflects the tone of people’s concerns, from human rights abuses to LGBT+ communities.

This is your first World Cup as ITV’s lead commentator. Are you proud?

I grew up watching Brian Moore and wanted to be him and the fact that I’ve gotten the job he has done before is the biggest buzz. But you’ve also got to go there and make sure you do it properly!

My Dream Team World Cup side is ready to take #WC2022 by storm!.

Think you can do better? Select your side now ⬇️https://t.co/ssEiXlFBN4

And join my Celebrity League using the PIN: WCSAMMAT pic.twitter.com/uA6lqVMIVd

ITV has a great line-up of pundits and co-commentators. Who’s the life of the party?

Roy Keane is always the life of the party. He pretends to be steely but he’s one of the most humorous men you’ll ever meet. He’s so funny. I work very closely with Lee Dixon, who’s brilliant company.

We’re really lucky that Ally McCoist is going to be with us for a couple of games. John Hartson is going to be with me as well for Wales. I really get on well with Karen Carney. But most of my time is spent with Paul Dickov. Dickov has great stories.

The ITV World Cup broadcast team with Sam second left, boasts Roy Keane, sixth from left, who Sam says is such a funny man despite his ‘steely’ exterior

Is there a rivalry between the BBC and ITV teams?

We’re all mates. Guy Mowbray and I get on well and will text each other before and after England games, and say good luck in the next one. During the last European Championships before and after every game we would go and sit down and see each other or give each other a hug. There is very little rivalry among the commentators.

You commentate for Dancing On Ice. That seems an odd fit?

If you said to me ten years ago I’d be lead commentator for ITV’s World Cup coverage, I would have thought you were joking. If you said I’d be commentating on Dancing On Ice, I’d have said you have to be mad. But I am lucky enough to do both.

Have you given skating a go?

I had lessons before the pandemic. I had a teacher in Altrincham who was teaching me basic moves so I could get an idea of what it was like. It was just after the series and Jane Danson the Coronation Street actress was training there. She skated past me before pulling me to one side and saying, ‘see, it’s not as easy as you think, is it?

It’s a seven-hour flight to Qatar. How did you keep yourself entertained?

I watched games involving Iran, Saudi Arabia, Argentina, Germany and Japan. I had loads of material to read and to research too. I was working on that plane, don’t worry about that.

No chance of a movie?

Oh no. I don’t remember the last time I watched a movie. Oh, actually, we tried to get in the Christmas spirit the other night, me and the missus, because we didn’t have any time to sort the Christmas stuff before I came to Qatar.

We did a bit of Christmas shopping online. And we put Elf on with Will Ferrell. We lasted about 25 minutes and then that was it. We were up doing something else!