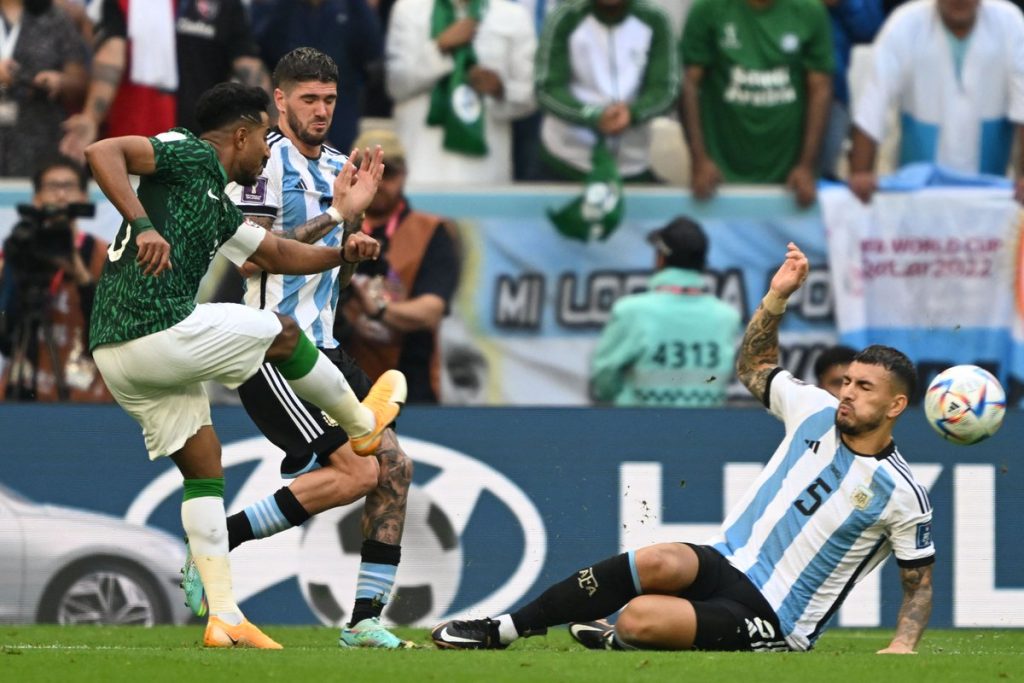 Saudi Arabia produced one of the biggest shocks in World Cup history as they came from behind to beat Argentina 2-1 in their Group C opener on Tuesday.

La Albiceleste, who are one of the favourites to triumph at Qatar 2022, started well at Lusail Stadium and went ahead after 10 minutes courtesy of Lionel Messi’s penalty.

Lionel Scaloni’s men saw three efforts ruled out for offside before half-time – a reprieve that Saudi Arabia took full advantage of in the space of five minutes early in the second half.

Saleh Al Shehri pulled Herve Renard’s side level, before Salem Al Dawsari sealed a famous win soon after with a sumptuous strike from the edge of the penalty area.

Mohammed Al Owais denied Messi inside the opening two minutes but he was powerless to stop the superstar’s cool penalty after 10 minutes, the spot-kick given after Saud Abdulhamid had hauled down Leandro Paredes.

La Albiceleste twice thought they had extended their advantage before the half-hour mark, yet strikes from Messi and Lautaro Martinez were ruled out for offside.

Remarkably, Martinez had another effort chalked off for offside 10 minutes before the interval as Scaloni’s side looked to take full advantage of Saudi Arabia’s high defensive line.

Saudi Arabia pulled level with their first shot three minutes into the second half, Al Shehri powering past Cristian Romero and flashing a low shot into Emiliano Martinez’s far corner.

They completed an extraordinary turnaround just five minutes later when Al Dawsari cut inside from the left and whipped in a superb strike from 18 yards.

Messi had an effort cleared off the line in the closing stages as Saudi Arabia held on for a famous win against a side 48 places above them in the world rankings, despite a lengthy stoppage after Mohammed Al Burayk had taken a knee to the face from his own goalkeeper.