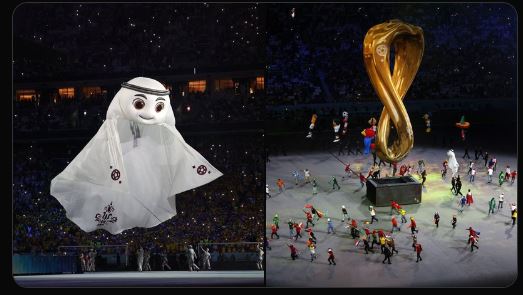 Sadly, Qatar didn’t only  broke the record of being the first country to ban the sale of beer in the stadium during matches in the years of history of the FIFA World Cup but has also now become the first host country to lose the opening match in the World Cup.

The opening game of the 2022 World Cup which had the host, Qatar, tied up with the South American football team, Ecuador FC, ended 2-0 with both goals from the captain, Enner Valencia, during the first half. Conversion from the penalty spot and a beautiful header.

Was Qatar unfortunate to not have gotten past Ecuador? Not really, they obviously didn’t have what it takes to compete on the turf with Ecuador. They were simply helpless!

In the 92-year history of the #FIFAWorldCup, Qatar become the FIRST host country to lose their opening game 😱#Qatar2022onMG pic.twitter.com/YeVk7eZfW4

Aside few minutes of the second half, Qatar never showed why they have to win the game as Ecuador had them bundled in-and-out all through the game.

I mean, what were we seriously expecting from a team that had zero (0) shots on target? Absolutely nothing!

Qatar played like that kid at school who’s not good at football but got to play cause he owned the ball.

Plenty of criticisms, both from angry football fans for the sad news of banning beer, condoms, et all. And of course, from the Qataris’ home-fans sums up everything that;

QATAR PLAYED NOTHING ON THE FIELD AND DESERVED TO LOSE THE GAME AGAINST ECUADOR.

Anyways, there’s still hope to do better, right? But against who? Netherlands or Senegal?

Qatar might return home with zero (0) points from GROUP A -in the 2022 World Cup.

What do you think? Qatar can overturn football fans’ expectations or this is the end of their campaign in the 2022 FIFA World Cup? Let’s discuss in the comment section below…