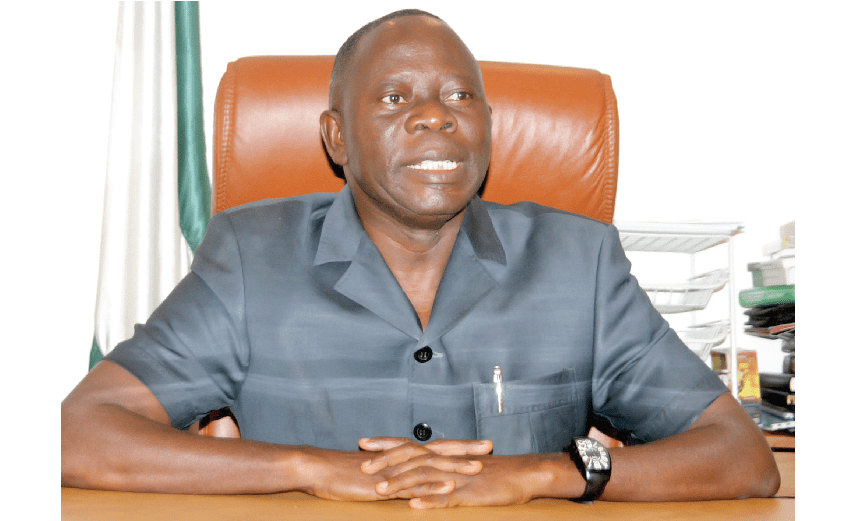 A former governor of Edo State, Adams Oshiomhole, has predicted that the crisis in the Peoples Democratic Party (PDP) will be a plus for the ruling All Progressives Congress (APC) in the 2023 general elections.

Five governors including Nyesom Wike of Rivers State, Seyi Makinde of Oyo, Samuel Ortom of Benue, Okezie Ikpeazu of Abia, and Ifeanyi Ugwuanyi of Enugu, have been on a warpath with PDP over calls for the resignation of the National Chairman, Iyorchia Ayu.

The governors’ main grouse was about the perceived injustice and lack of fairness in the party, occasioned by the emergence of Abubakar Atiku, a northerner, as the presidential candidate and the continued stay of Ayu, another northerner, as the chairman.

However, Oshiomhole, who is a former National Chairman of the APC sees the PDP crisis as an advantage to the ruling party.

He made this known after a meeting with President Muhammadu Buhari in Abuja, on Friday, November 18, 2022.

Oshiomhole also maintained that the APC was on course to win the forthcoming elections.

Oshiomhole’s word: “You now have the G-5 governors who said the understanding we reached in Asaba, voluntarily, both by the PDP and the APC governors, they stand by that agreement.”

“[They said] that leaders must have character, and that if you are not yet president and you are not obeying agreement, and Nigerians are talking of national unity, you disobeyed the provision of your party constitution, which talks about rotation in order to service that unity, and you can go to some parts of the country and say ‘don’t vote for Igbo, don’t vote for Yoruba.”

“So if you ask me how we are doing, we are doing very well. Whereas the other [PDP] is now battling with five governors that backed out, and you find out how many governors they have, we have 23.

“Now, if you add 23 to five, I am not saying the five are with us, but we have 23 with five. I guess that is 28. If you subtract 28 from 36, it means only eight governors, in fact, seven, because the other one in the All Progressives Grand Alliance isn’t there.

“So, while he [Atiku] has seven governors working for him, we have 23 working for us, and we have five who are neutral. You know, when you’re voting, when I was in the International Labor Organisation, you vote for, against, or you abstain. Abstinence is as good as voting against.”