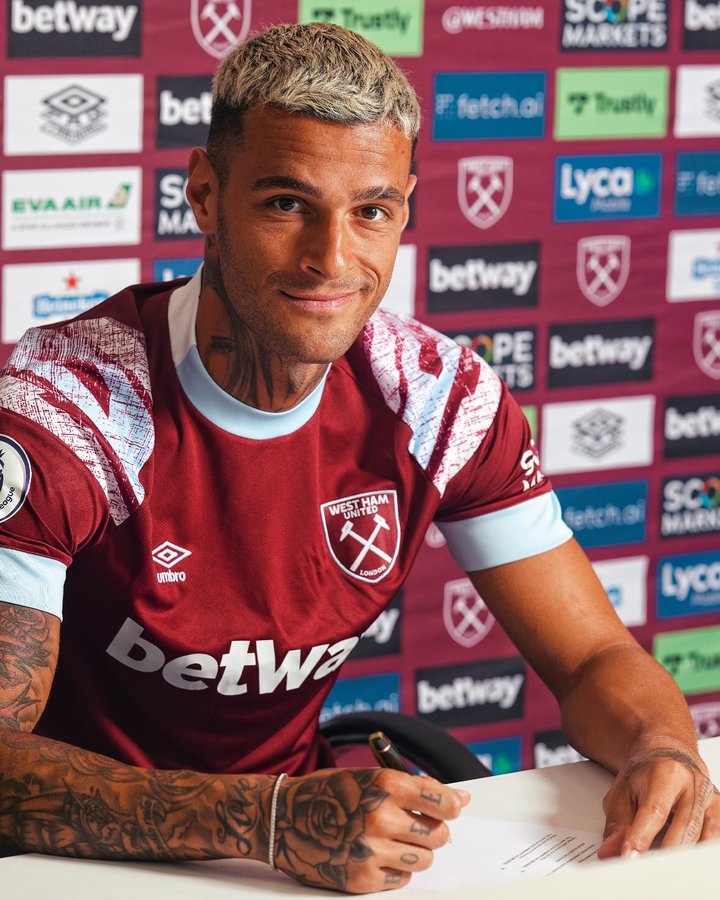 The powerful Italy striker, who had been linked with Arsenal, Juventus and Paris Saint-Germain at various stages of the summer transfer window, has signed a five-year contract at London Stadium, with the option for an additional year, and becomes the club’s fourth major signing of the summer.

The Hammers have been keen to land a striker ever since Sebastien Haller departed for Ajax 18 months ago, but manager David Moyes has been frustrated in his attempts to bring in fresh blood – leaving Michail Antonio to carry the burden of responsibility up front.

Things you love to see 🤩 pic.twitter.com/p1nCN6TLlL

“I am really excited to join West Ham,” Scamacca, who will wear the number seven shirt, said. “I’ve waited a long time for this moment – it’s been a dream to play in the Premier League.

“I feel like West Ham is the perfect team for me. They showed they really wanted me and when I spoke to the manager there was an instant understanding.

“I can’t wait to play and show the supporters what I can do in the West Ham shirt – I hope we will love each other.”

“We’ve been looking to add more strength to our attacking options for a while, so we’re delighted to have got Gianluca in,” manager David Moyes said. “He comes really well recommended – and we’re looking forward to working with him. He’s a young centre-forward with a really bright future ahead of him.”