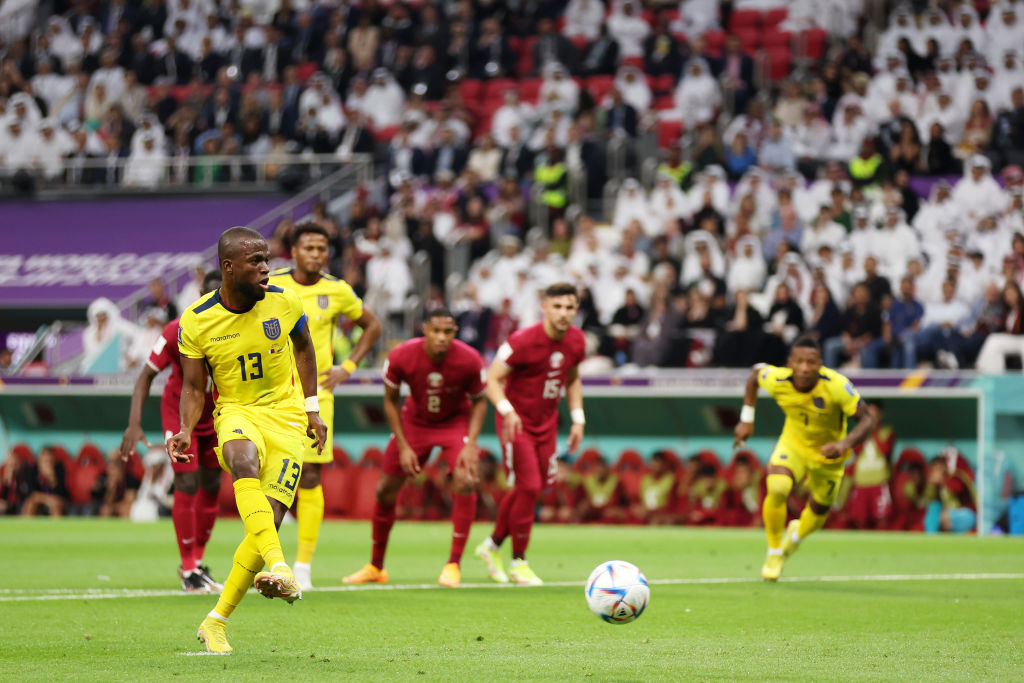 Host nation Qatar kicked off the 2022 World Cup against Ecuador on Sunday as the month-long football showpiece finally got underway after a tortuous 12-year build-up dogged by off-field controversies.

The opening game of the first World Cup staged in the Arab world is taking place at the Bedouin tent-inspired Al Bayt Stadium in Al Khor, 50 kilometres (31 miles) outside of Doha.

In about 17 minutes after the commencement of the match, Ecuador scored Qatar 1-0 through penalty.

Ecuador had earlier scored Qatar about four minutes after the match began, but was flagged as offside.

Enner Valencia scored the tournament’s opening goal against host nation as he converted from the spot after the VAR had controversially disallowed his opening goal.

Enner Valencia opens the scoring in Qatar with a well-taken penalty.