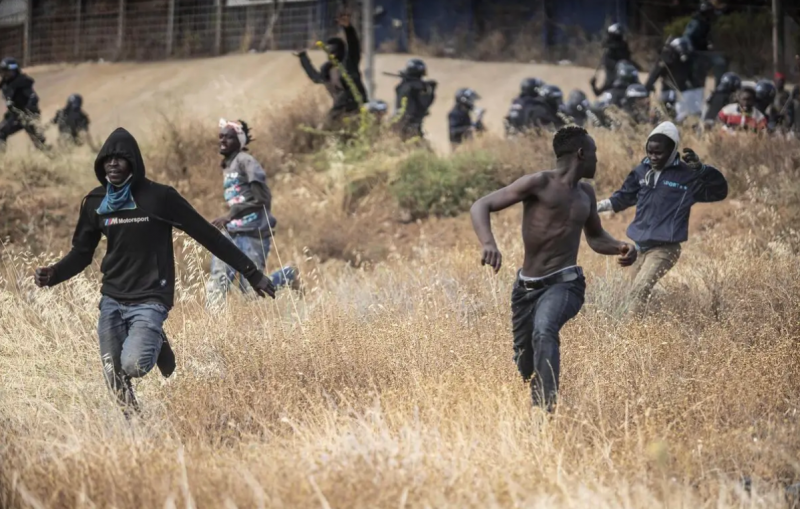 In order to clarify the use of force by security personnel, the UN Expert Mechanism has sought information from five Moroccan and Spanish ministries.

Casablanca – Following the preliminary findings of Morocco’s Human Rights Council’s investigation into the June 24 Melilla tragedy, the UN International Independent Expert Mechanism for Racial Justice and Equality will issue recommendations to the governments of Spain and Morocco in order to prevent similar incidents from occurring in the future.

“We want to give concrete recommendations to both governments to end this cycle of deadly encounters between Africans and security forces,” Justice Mokgoro, President of the UN Expert Mechanism, stressed in a statement.

The UN Human Rights Council-appointed body has sent both governments a list of detailed questions to be submitted to their Ministries of the Interior, Inclusion, Justice, Equality, and Foreign Affairs, requesting information on various issues related to the Melilla incident.

The UN Expert Mechanism first asks the ongoing investigations to clarify the use of force, the number of troops deployed, as well as the types of weapons and ammunition used by Spanish and Moroccan agents, according to the Spanish news outlet Publico.

The Mechanism also requests information on what national or municipal legislation or norms govern the use of law enforcement in Spain and Morocco, as well as what measures have been implemented to ensure racial equality in State Security authorities, the Spanish source adds.

“Any use of force by law enforcement officials must be guided by the principles of legality, precaution, necessity, proportionality, accountability, and non-discrimination,” the UN body said in the statement.

As part of the information requested, the UN Expert Mechanism also demands the deceased’s number, identity, gender, nationality, age, and a forensic report.

It additionally requests data on the injured and in which health centers they have been treated, as well as the identity of the imprisoned migrants and their place of detention.

The concerned Moroccan and Spanish ministries have until July 22 to respond to the UN body’s request.

“We call on Spain and Morocco to take all necessary concrete measures, together with the EU and the African Union, to ensure that those responsible are promptly held accountable, that the victims are compensated, and that such unlawful killings do not occur again,” the UN Expert Mechanism concluded.