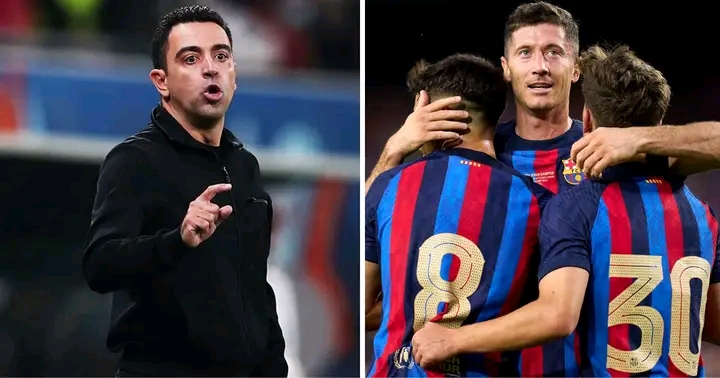 The UCL draw got FC Barcelona and Bayern Munich locked up again. A perfect reunion of Robert Lewandowski and his former teammates and club, right?

…and UCL is back again!!!! Who else has missed Tuesday and Wednesday night football? The thrills, the anticipation… Yes, it’s finally back again!

However, in a real sense, are Bayern Munich and Inter Milan threats to FC Barcelona from making it out of the group stage just like the criticisms Xavi’s men received after the draw claims? Not so sure.

First of all, Inter Milan is in no way a threat to FC Barcelona. Barca might have 99 problems, but making a win past Inter Milan should never be one of them. Both teams [Barca and Inter] are not on the same level.

🚨 Our first opponent in the 2022/23 @ChampionsLeague Group C is Bayern Munich! #UCLdraw pic.twitter.com/4cjs9JB2rU

We also saw how Bayern Munich struggled in their last two league games, too.

On the other hand, we’ve seen how wide Barcelona has been diving in La Liga, in four games, they won three and drew one against Rayo Vallecano.

Don’t worry, I do understand UCL is a different ‘ball game’ whereby sometimes, your ‘league domination’ doesn’t determine your performance in the competition [European], but heck, not overly applicable when it comes to FC Barcelona and some top teams.

We’ve seen the recruitments Xavi has made to his team so far –ranging from defenders to mids and even forwards. The only thing that can un-tick FC Barcelona in the UCL is when Xavi makes wrong team selection which so far aside from the first game he had with Rayo Vallecano has been good so far.

Also, if we explore further, you’ll agree with me that the current squad Xavi is building is somewhat more relatable to Luis Enrique‘s than Guardiola’s.

A squad that can dissect different play-style pending on the team they’re playing against thereby making it almost unpredictable for opponents to detect their style of play. Against Sevilla, we saw how Barca transitioned from default tiki-taka to advance tiki-taka with a touch of counter-attack.

With this, there are higher chance that Barcelona can stand a chance to do better in the UEFA Champions League competition. May the best team win!

What do you think? Let’s interact via the comment section below…