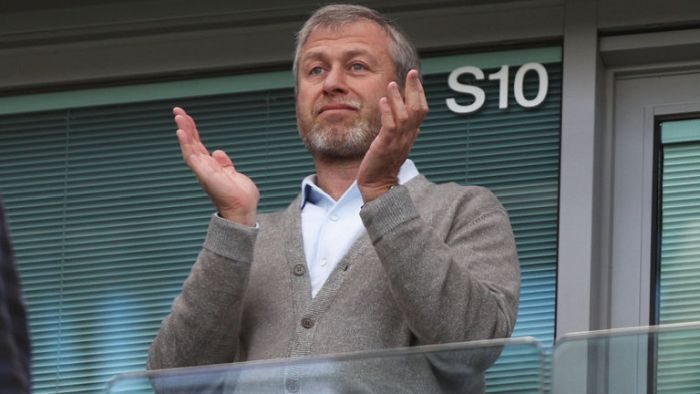 All Naija Entertainment (ANE) had earlier reported that the present owners of the Merseyside club, Fenway Sports Group (FSG), who acquired the group in October 2010, have hired Goldman Sachs and Morgan Stanley to assist them in selling the organisation. The English Premier League’s top teams have been put up for sale. Reliance Industries chairman and managing director Ambani is apparently thinking about making a bid to buy Liverpool after the club’s present owners, FSG, decided to put it up for sale.

…and now, we shall be listing World’s Top 10 Richest Sports Team Owners In The World.

According to The Mirror, the FSG are willing to sell for £4 billion, and there is more interest in purchasing the Merseyside club outright. Ambani has already enquired about the club; he is currently ranked the eighth richest person in the world by Forbes and is estimated to be worth £90 billion.

With this, let us have a look at the top 10 richest owners in the sports world and what the sport Ambani requires.

A commercial tycoon and businessman from the United States, Steven Anthony Ballmer led Microsoft as its CEO from 2000 until 2014. In the National Basketball Association, he is the current owner of the Los Angeles Clippers (NBA). According to the Bloomberg Billionaires Index, as of November 2022, he was the tenth-richest person on the planet with a personal fortune of almost $79.7 billion.

Mukesh Dhirubhai Ambani, the chairman of Reliance Industries, is currently ranked eighth in terms of wealth in the world, according to Forbes, with a net worth of more than 92 billion USD. Due to Reliance’s ownership of the Mumbai Indians franchise in the Indian Premier League and its operation of India’s top-flight football league, the Indian Super League, his company has made significant investments in Indian sports. The business tycoon is also in rumours to buy Premier League’s huge club Liverpool FC.

The luxury goods designer and manufacturer Kering was founded by Pinault. 17.6 billion euros ($19.1 billion) in sales were generated by the Paris-based company in 2021 from companies including Gucci and Yves Saint Laurent. Additionally, the multibillionaire runs the Christie’s auction house and amasses a personal art collection of around 2,000 pieces.

The source of the majority of Pinault’s wealth is his family’s 41% ownership of Kering, a publicly traded retailer of luxury goods. The company’s chief executive officer is his son Francois-Henri. According to the company’s 2021 annual report, Pinault and other members of his family own Groupe Artemis, the family’s investment vehicle, through which he holds his stake. Because he founded the company, Pinault is given credit for the entire stake owned by his family in Bloomberg’s calculations.

Following a spin-off from Kering in May 2018, the 2021 annual report states that Pinault is credited with a 29% stake in the sportswear company PUMA.

An Austrian millionaire businessman named Dietrich Mateschitz co-founded Red Bull GmbH and held a 49% ownership interest in it. Mateschitz was predicted to have a US$27.4 billion net worth in April 2022.

Mateschitz held marketing positions at Blendax and Unilever. While exploring Thailand, he came across the beverage Krating Daeng, which he transformed into Red Bull. In 1984, he started Red Bull GmbH, and in 1987, he introduced the beverage to Austria. His business acquired or started a number of international sports teams, notably the five-time Formula One Constructors’ Champions Red Bull Racing and sister club AlphaTauri, as well as association football teams FC Red Bull Salzburg and RB Leipzig.

Businessman, investor, and philanthropist Daniel Gilbert is an American billionaire. He founded Rock Ventures, co-founded Rocket Mortgage, and is a majority owner of the NBA team Cleveland Cavaliers in addition to being the creator of all three companies. The Cleveland Monsters of the American Hockey League and the Cleveland Charge of the NBA G League are two of the sports organisations owned by Gilbert. He runs the Rocket Mortgage FieldHouse, which is the Cavaliers and Monsters’ home arena in Cleveland, Ohio. He was the 23rd richest person in the world according to a Forbes assessment of his net worth as of March 19th, 2022, at $51.9 billion.

Son has spent the previous 40 years creating SoftBank Group, a formidable conglomerate, fueled by early successes with Yahoo and Alibaba, to name a few. The organisation acquired the Hawks of Nippon Professional Baseball in 2005, boosting its financial resources. According to Forbers.com, the team has since become one of the most prosperous in the league, winning seven Japan Series championships.

American hedge fund manager Steven A. Cohen is the franchise owner of the Major League Baseball’s New York Mets. On September 14, 2020, Cohen and the New York Mets reached an agreement to make Cohen the majority owner and give him roughly 97.2% of the team. He founded the Stamford, Connecticut-based hedge funds Point72 Asset Management and the since-closed S.A.C. Capital Advisors.

David Alan Tepper is a billionaire and American hedge fund manager. He is the owner of the Charlotte FC of Major League Soccer and the Carolina Panthers of the National Football League (NFL) (MLS). Tepper is the founder and president of Appaloosa Management, a worldwide hedge fund based in Miami Beach, Florida.

Ubiquiti Networks, Inc., a multinational communications technology firm that Pera went public with in 2011, is owned by Robert J. Pera. He also acquired ownership of the National Basketball Association’s Memphis Grizzlies in October 2012. Pera, who is 36 years old, was included in Forbes’ list of the 10 youngest billionaires in the world.

The Los Angeles Kings of the National Hockey League are primarily owned by Anschutz, and the Los Angeles Lakers of the National Basketball Association are primarily owned by Anschutz as well. He sold his 27 percent ownership in the Lakers, which Forbes estimates was worth approximately USD 1.2 billion, to Dodgers co-owners Todd Boehly and Mark Walters in July, but he still owns Crypto.com Arena (via Forbes.com).