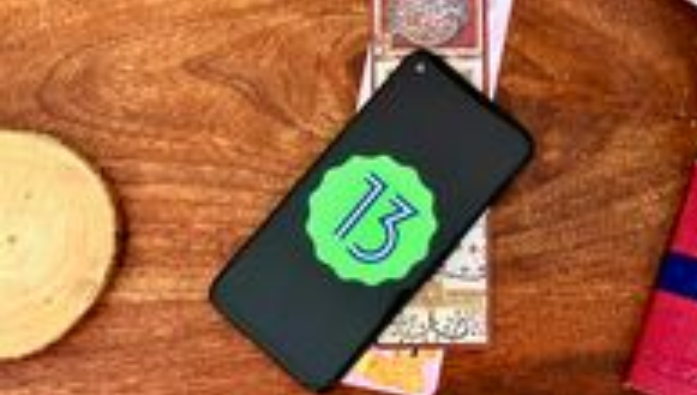 In Android 13, apps have to ask permission before they send any kind of alerts. Finally.

THE YEAR WAS 2009. There were only two Marvel movies so far, Avatar came out, and Apple was launching the iPhone 3GS. It had a brand-new push-notification system that, among other things, would require apps to ask permission before sending users a notification.

The year is 2022. There are now 29 films in the Marvel Cinematic Universe, plus an assortment of shows on Disney+. The second Avatar will be out in December. And Android 13 just launched a feature requiring apps to ask users’ permission before sending notifications. Overdue is an understatement.

Historically, Android has had a very robust notification system, notably a pull-down notification drawer, which Apple didn’t copy until 2011. Android has long had a ton of controls for selectively blocking certain categories of notifications as well. So if you want to be notified of, say, Instagram direct messages but not every single like on a post, you can block the latter in the app’s notification settings.

But all of Android’s notification controls come after the fact. When you install an app, it gets permission to send notifications by default. That’s it. There’s no initial prompt, there’s not even an alert that it’s happening. The act of downloading the app is, by default, consenting to whatever notifications an app chooses to send on Android.

In essence, Android’s approach to notifications is that it’s better to ask forgiveness than permission. And Android users have lived like that since its inception. In recent years, Google has at least made it easier to silence certain types of alerts. Long-press a notification, for example, and you’ll get the option to make that type of notification “silent” (meaning it won’t buzz or light up your phone) or turn it off entirely.

This setup has turned unwanted notifications into a game of whack-a-mole. Every new app you download is another chance to get spammed with junk, and not always immediately. One journaling app I downloaded (and promptly forgot about) was perfectly quiet for months. Until one day, the developer decided it would get more premium subscribers if it nudged users to write about their day. So, out of the blue, I got a notification that said, “Today is a great day to write in your journal!”

Assuming that users want notifications from an app they download is a relatively safe bet for major apps. You’d probably be pretty frustrated if you tapped wrong once and now you don’t get your Gmail alerts. But the problem gets worse when you apply it to random apps you might download for occasional use. On my phone, I currently have a half dozen apps I use to pair with various cameras or camera gear; a few more that I use for quick photo edits now and then; a couple of dating apps; some utilities for niche problems that only run in the background; and the odd educational app I keep insisting I’ll use more often.

Add these up and that’s a lot of apps that have free reign to send me notifications, until I get irritated enough to tell them no. Some of these I could (and should) uninstall, but others I need to keep on my phone. I just don’t want them spamming me to let me know that the developer has updated their weird photo management desktop app I’m never going to use.

To make matters worse, notification categories are solely up to developers to create. But developers don’t have to play nice. Amazon, for example, only uses three categories in the Android system (“notifications,” account authentication, and Alexa) but further refines them in the app itself. If you try to silence or disable a push notification ad, then you might disable shipping notifications by mistake. (And, at least in the past, Amazon has made charity donations contingent on receiving personalized ad notifications.)

Even when developers—including Google—play by the rules of the system, it’s easy to create new notification categories to get around the ones a user has silenced. The core Google app on Android has 30 different notification categories, currently including things like “Tips & Tricks,” “Recommendations,” and “Miscellaneous.” Good luck figuring out what they all mean. Oh, and they’re always changing.

Forcing apps to ask permission before sending notifications won’t fix all of this. People will still probably give Amazon permission to send notifications, only to be stuck with some ads getting through because, well, they still want delivery updates. However, being able to cut off some of the junk before it arrives is better than hunting it down after the fact.

The trouble is, because of the way Android updates work, even this minor but necessary change will take years to have much of an effect. Android updates take quite some time to roll out to most users. As of May 2022, only 28.3 percent of Android devices were on version 11 or newer. Android 11 first came out in 2020. In other words, it could be years before your phone supports this feature.

Even if you’re one of the lucky few who owns a phone (probably a Samsung or Google Pixel) that will support it soon, developers won’t be required to support it just yet. It will likely be mid- to late 2023 before apps will be required to target Android 13 and, in doing so, be forced to ask permission before sending notifications. It could be sooner for some apps, but others may hold out as long as they can.

Given how long it will take for the Android ecosystem to catch up to this change, how crucial such a basic permission should be, and especially given how much attention Google has otherwise given to its notification system … it’s shocking this is happening so late.

When I first bought the T-Mobile G1—both my and the very first Android phone—notifications were one of the things I was most excited about. It was a handy little to-do list of all the things I needed to respond to sitting at the top of my phone, and over time I was even able to take care of some of those tasks without ever leaving the shade.

Today, notifications on Android have become a small nightmare. I’ve had to uninstall apps I would otherwise use solely because it got too tiresome to hunt down all the junk notifications. I no longer trust that if my phone buzzes, it must be something important. And the time I need to spend just to make sure that apps behave the way they should has grown substantially. I’m glad Google’s finally asking permission instead of forgiveness. I just wish it had done so a lot sooner.